The Brave New World is a powerful future vision dystopia of Aldous Huxley that sheds light on today. 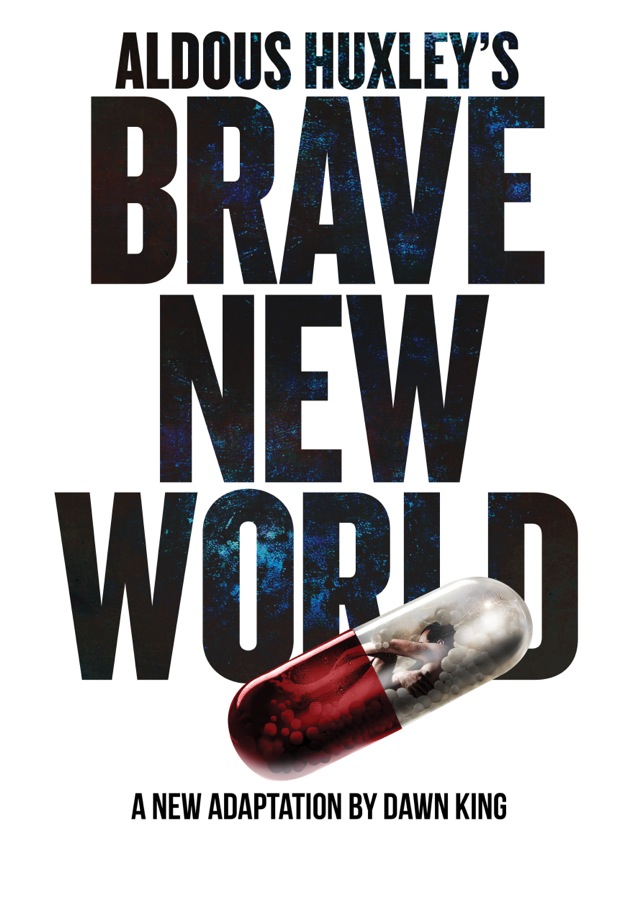 ARE WE BECOMING A BRAVE NEW WORLD CITIZEN?

You can’t avoid attributing to a writer of such utopia / dystopia books metaphysical elements that can only be seen in science fiction movies. As if Aldous Huxley traveled in time; he went to the year 632 after Ford, lived, observed and told all of them us. Moreover; it is especially worth mentioning that all details given in the book, from the biology to the literature, are admirable.

The foundations of the brave New World were laid by Fordist production. This new world describes the social order of the year 632 after Ford. Now history is not called “before Jesus – after Jesus”; it is called “before Ford - after Ford”. The God of this new world order can be said to be “Ford”.

In 1900’s the word “Fordism”, known as Henry Ford’s T- model, but indeed describing the socio-economic stucture which is characterised by this production system expresses mass production based on automation on the assembly line, standardization of production, disqualification and specialization of labor based on Taylorist scientific management principles characterised by rational, centralized management aimed at "mass production, mass consumption" and the market stability.

With a similar analogy, in the Brave New World system, social system described as a further model developed by a black utopia but at the same time a futuristic one that portrays again this Fordist system, is composed of society based on satisfaction of earthy pleasures, unthinking, unquestioning, artificially happy people. These people are not born with the method of “birth” as it is today; They grow in bottles artificially with hatchery method and using this method, one egg can be split as many as ninety-six embryo called “Bokanovsky Process”, and come to the earth by an artificial production of ninety-six identical twins in a time called “Bokanovsky” or mass production of human beings just as it is in the Fordist production system. Bokanovsky twins are sub-class members.

This social system is in a similar structure to the “caste system”. In this system, there are social groups which are characterized by the names alpha, beta, gamma, delta and epsilon. At the bottom of the system is Epsilon-Minus Semi-Morons, at higher levels there is a hierarchy according to their talent and intellectual levels. At the top, there is a "World Director." Already the world is managed by 10 Directors. The number 10 is striking here.

As a matter of fact, conspiracy theories about the existence of an elite group ruling the world have assertions that the world is governed by 10 people.

In this planning system, which can also be called a divine community design, the biological organisms that make up the system undergo state manipulation from birth to death. Bokanovsky twins are trained with chemical processes, “sleep-teaching,” called “hypnopaedia”, subconscious conditioning sessions on behalf of their expertise in doing a certain kind of job; thus it is being produced the obedient people with physical and spiritual structures that will provide the order and stability of the society.

The most important element in this new form of capitalist exploitation is the dimension of which totalitarian power and control reach.

In the preface to the book, as stressed "The truly effective totalitarian state is the state under which the political managers and of whom ruling armies’ government collecting all the forces of their own, controlling population consists of the slaves without forceas the slaves like their slavery of the slaves.” Making them like their slavery by means of “Ideological Devices of the State” terms of Althusser conditioned by the subconscious methods is the most effective mechanism that forms the basis of this new world order.

In the lines of Melih Cevdet ANDAY's poetry called "Laurel Forest", it is also very well expressed as,

“As slaves do not concern about philosophy

They are making bread, because

Their masters give their philosophies to them;

As philosophy owners do not concern about slaves

They are not making bread, because

Philosophy give their slaves to them.

And it was destroyed, Lycia."

A quote from the book, "secret of happiness and virtues to love what you have to do. This is the intent of all conditioning: to make people love their inevitable social destiny." "Community, Identity, Stability" is already the most important motto of this brave new world society.

In this society "everyone is for everyone". If individuality realizes, the society wobbles. There is no "family" concept because they are produced independently of their parents. The concept of “motherhood” is seen as obscene. Emotional intimacy among people, long-term relationships are seen as a shame and an inappropriate situation. Everyone is having sex with somebody else whenever and whoever they want.

Aiming at “mass production, mass consumption” as it is in the Fordist mass production society, Consumption is an essential concept in this society. Following the principle “To throw and get rid of is beter than repair" is important. They greet each other with a "T" sign as a reference to Ford's T model.

In this society, "history" has been destroyed for the happiness of people. According to the Director of this society, the so-called "history" is always falsified; so it is not needed.

Concepts such as God, religion, family, art, liberty are meaningless. What really matters is that happiness and stability, there is no need for all those other concepts like liberty and individuality and so on. The less they know, the happier they will be. Science is allowed to some degree. People are always young... No sickness, no solitude, no families having strong ties, no fear of death... they are always safe. For this reason, they do not have to be unhappy.

Since in the old social order as the concept of "religion" is seen as an equivalent to consolation resulting from the desire to hold an absolute and eternal reality with the extinguishing of the passion, dulling as getting old and is not necessary as no longer aging and disease in this new world order; in other words, "God" and "religion" are not needed.

This thought expressed in the book reminds me of a phrase in another book I have read before:

"in our calm times, even facing with the fact that we are going to die, much of our daily life goes through artificial reality created by culture. This authenticity illusion helps to suppress our unconscious fear that everything is extremely weak and temporary. "

As a consolation in this society, a narcotic called "soma"- a kind of drug is taken in times of distress or regularly; To embark for lunar eternity, to escape the facts, to adapt, to feel happy... But there is no side effect like drugs.

This dystopian classic promotes to think about chaos environments to overturn of a society distorting social relations aiming at the creation of uniform individuals easily manageable, leading of the world by some powerful men, also the point of which the capitalist system that consumes religion and God evolve to, before that we have seen as meaningless conspiracy theories, the paranoia, makes us ask the question “huh?” and trigger the idea that some experimental applications can be made on the societies.

CHARACTERS IN THE BOOK

If we briefly mention the characters in the book, it must be first said to be the names of the characters are meaningful! The characters in the book are formed by combining the names and surnames of important figures in history. Bernard Marx, who is known as "Beta", because of the alcohol mixed with his artificial blood in fact “Alpha”, can not be compromised on the values of the society; also with his body carrying sub-class features he does not have the great physical characteristic of most Alphas. Helmholtz Watson, who is also aware of his individuality different from social order of which he belongs to. And Mustapha Mond who is auditor or conroller in charge of the West.

Apart from the civilized lives of this world state, there are also isolated regions which are called “Savage Reservation”, "Other Place". They are still getting married, giving birth, aging and getting sick. The book continues with the vacation of the main character Bernard Marx and his girlfriend Lenina to this area and their taking Linda, who had previously been forced to stay in this area and stay there, and his son John, who is described as "savage", to their "civilized" world and horror of John or “the savage” when facing civilised or different social order. According to John, “the savage”, these people are suffering and meaningless society because they are unaware of the concepts like God, religion, family, art, freedom, fear, excitement, passion.

The character “savage” in the book, with present-day values is seen wild and strange by the Brave New World members because he comes from the other place, but he also attracts curiosity of the members of the new world order.

"The Savage" or John is suffering greatly from the fact that he can not find chance to live and feel like heros of Shakespeare’s classics banned in the Brave New World, which are the interpreter of his feelings. He hates this new world in which there is deprivation of human soul, emotion, passion, and freedom in the name of stability and artificial happiness,

Is it not so meaningful that the character of “the savage” even tries to warn and illuminate the the half-morons called "epsilon" and in return faces reaction against himself, unresponsiveness, or even be out of order, exposed to violence?

Those who are described as incompatible and who disrupt social stability, are sent to Iceland where questioning, individual thinkers like themselves are included. Bernard Marx and Helmholtz Watson were also driven to that island by the Auditor.