After an approximately 10.5-hour travel with Flores bus company we arrive to Ica. During our travel we are served dinner in the evening and also breakfast in the morning same as flight travels.

As usual in Peru, the center of the city is called Plaza de Armas. After walking around the square, we get a tuktuk for 2.5 soles and go to Plaza del Sol Shopping Mall. Tuktuk is very common here compared to other cities in Peru. We have dinner at Amorella Restaurant in Mall.

The next morning we set off on our trip to world-famous Nazca lines, which takes nearly 4 hours due to many stops.

When we arrive at regional airport, we pay a tax of 30 soles for each. We are weighted before the flight. Because the plane is too small, we fly as 1 pilot, 1 co-pilot and 5 passengers. Small plane turns around at sharp angles so that you can see the lines easily from both right and left seats of the plane, which also can cause passengers get air sick. We take precaution and take our nausea pills before the flight. 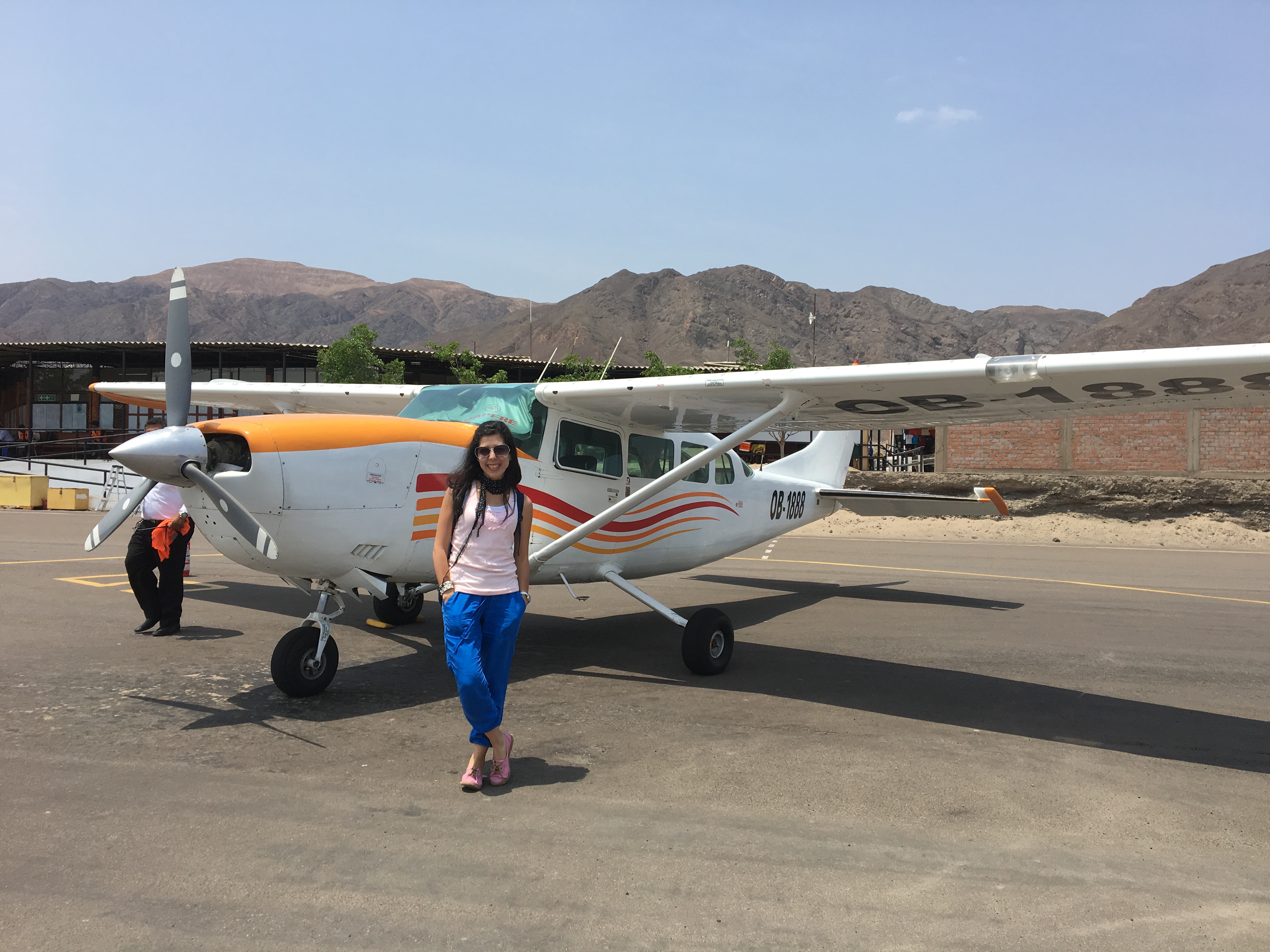 Nazca lines are composed of shapes called geoglyph which means motifs produced on the ground in Greek between 100-600 years AD. After being discovered in 1926, the Nazca lines was declared World Heritage Site by UNESCO. Maria Reiche, a German mathematician came to Peru in 1939 by escaping from Nazi Germany, conducted many researches for years.

There are many theories regarding the purpose of the lines. Widely accepted ones are as follows: they represented astronomic calendar, they indicated water flow or irrigation schemes for farming, they were formed for shaman rituals, and they were formed by aliens.

During flight we closely see the figures such as a whale, hummingbird, spider, condor, lizard, monkey / astronaut and pelican. Moreover, we have the opportunity to see Pan-American Highway, the longest road in the World, from the sky.

This flight, taking approximately half an hour, costs 70 dollars per person.

The next day, we get on a tuktuk and go to Huacachina, located 5-10 minutes away from downtown Ica. We can say that this place is the embodiment of an oasis. We pay a 3 soles-tax for the entrance. We also rent a sand board for 20 soles and have so much fun while sandboarding on hot desert even for a short time. Because we come here at noon, the sand is too hot. It is said that people come here in the afternoon is better. 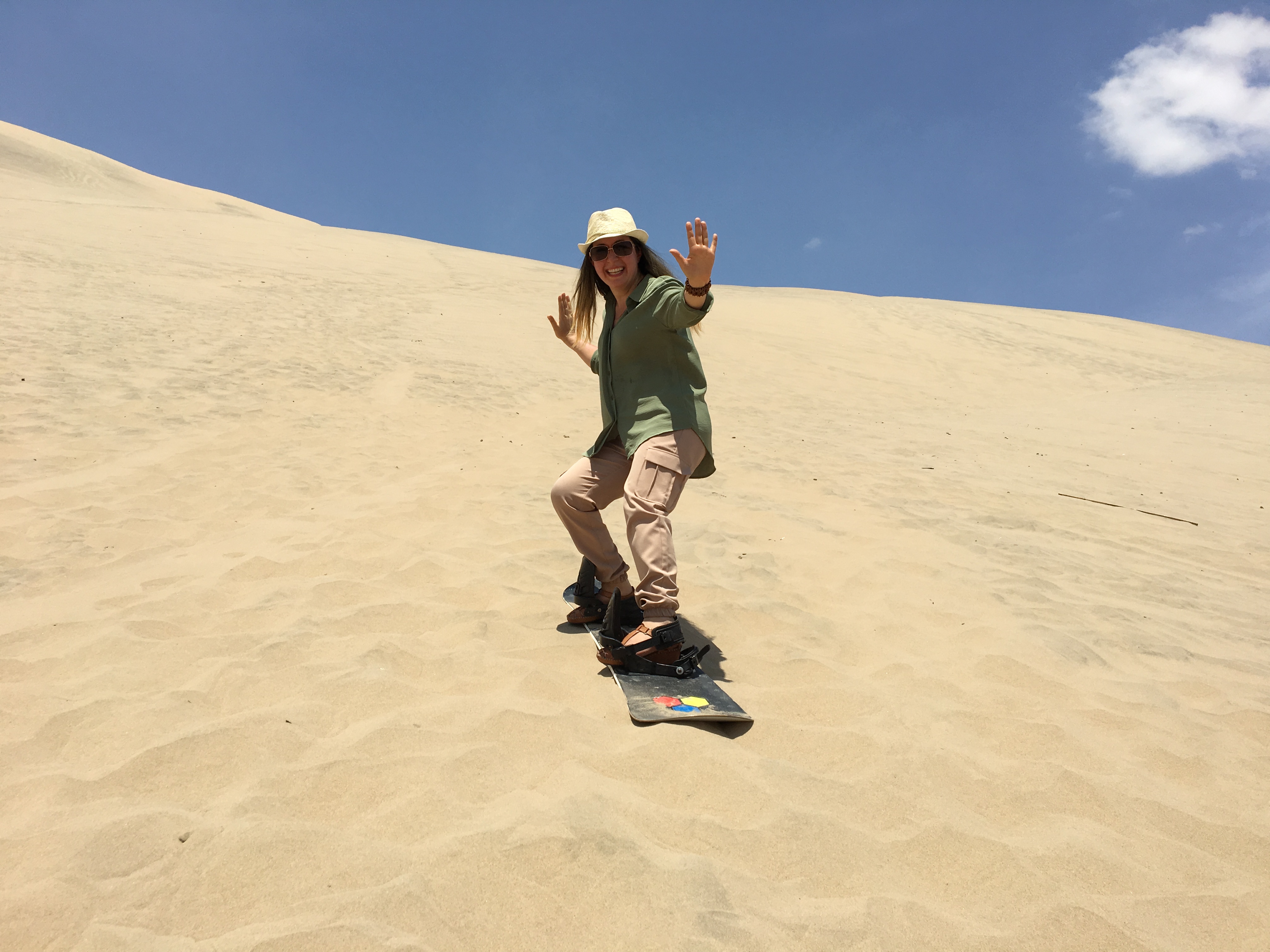 The lake, located in the middle of the desert, is surrounded by restaurants and cafes. In addition, many artists here try to draw this spectacular view. 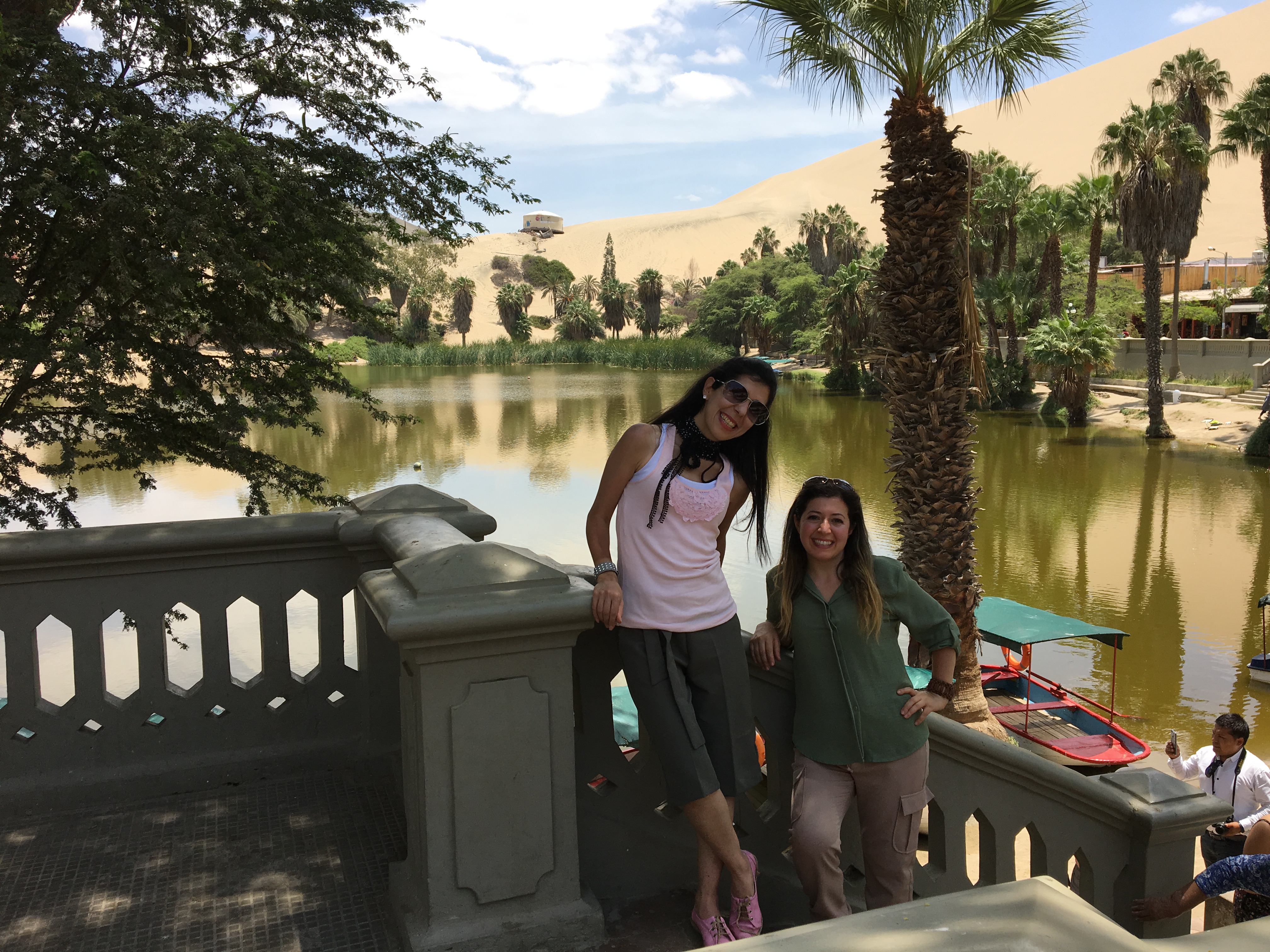 As in many places, we see that Turkish serials are very popular here too. When learning that we are Turkish, a photographer starts to talk about the Turkish serial “Fatmagül’ün Suçu Ne”.

We get on a bus for Lima by cutting this trip short. After a 5.5-6-hour travel we have a rest at Virreynal Hotel, a restored historical building, in Miraflores. The next day, we go around in Lima for the last time and say goodbye to this colourful country by shouting “Bye Bye Lima, Bye Bye Peru”.