In Cusco, we buy a Machu Picchu tour for 175 dollars, including tickets for transfer, train and entrance. The next day, we depart our hotel at 4 am in the morning. After a 1,5-hour minubus ride, we arrive at train station in Ollantaytambo. We get on Peru Rail at 06.10 am. It takes nearly 1,5-2 hours to arrive in Aguas Calientes, a town known for its thermal baths. We arrive at the entrance of Machu Picchu by a bus at 10 am. Along the road, an amazing view accompanies us.

We climb the steep ladders in a hurry to be able to see Machu Picchu from the top. And finally here is Machu Picchu with its gourgeous view! Here is also called as pilgrimage for travellers. 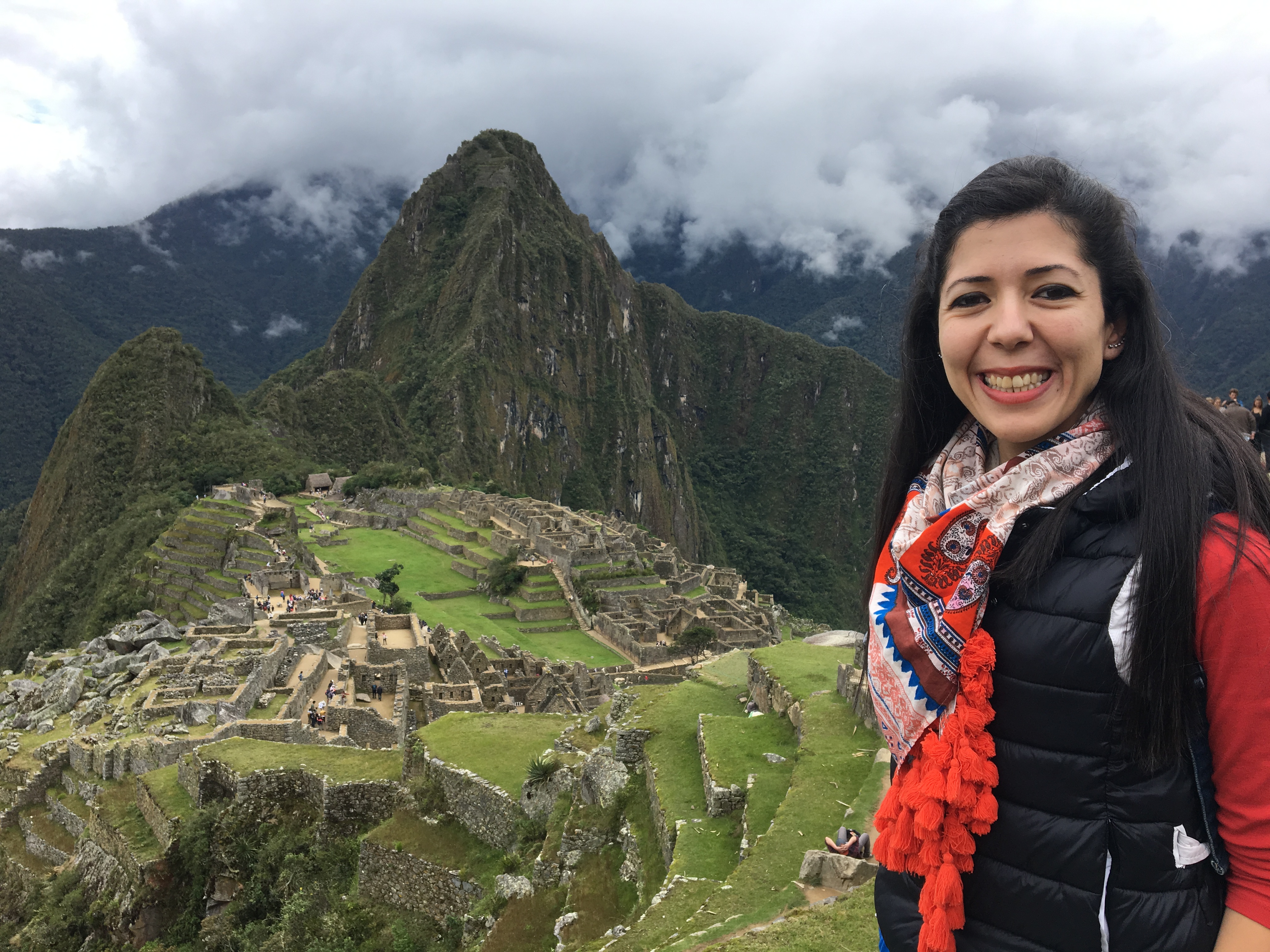 Machu Picchu means "Old Peak" in Quechuan language. Listed as a UNESCO World Heritage Site in 1983, Machu Picchu was named one of the new Seven Wonders of the World in 2007. That it is located high and surrounded by trees prevented the Spanish led by Francisco Pizarro to arrive here. Here’s why this wonderful view can survive until today. 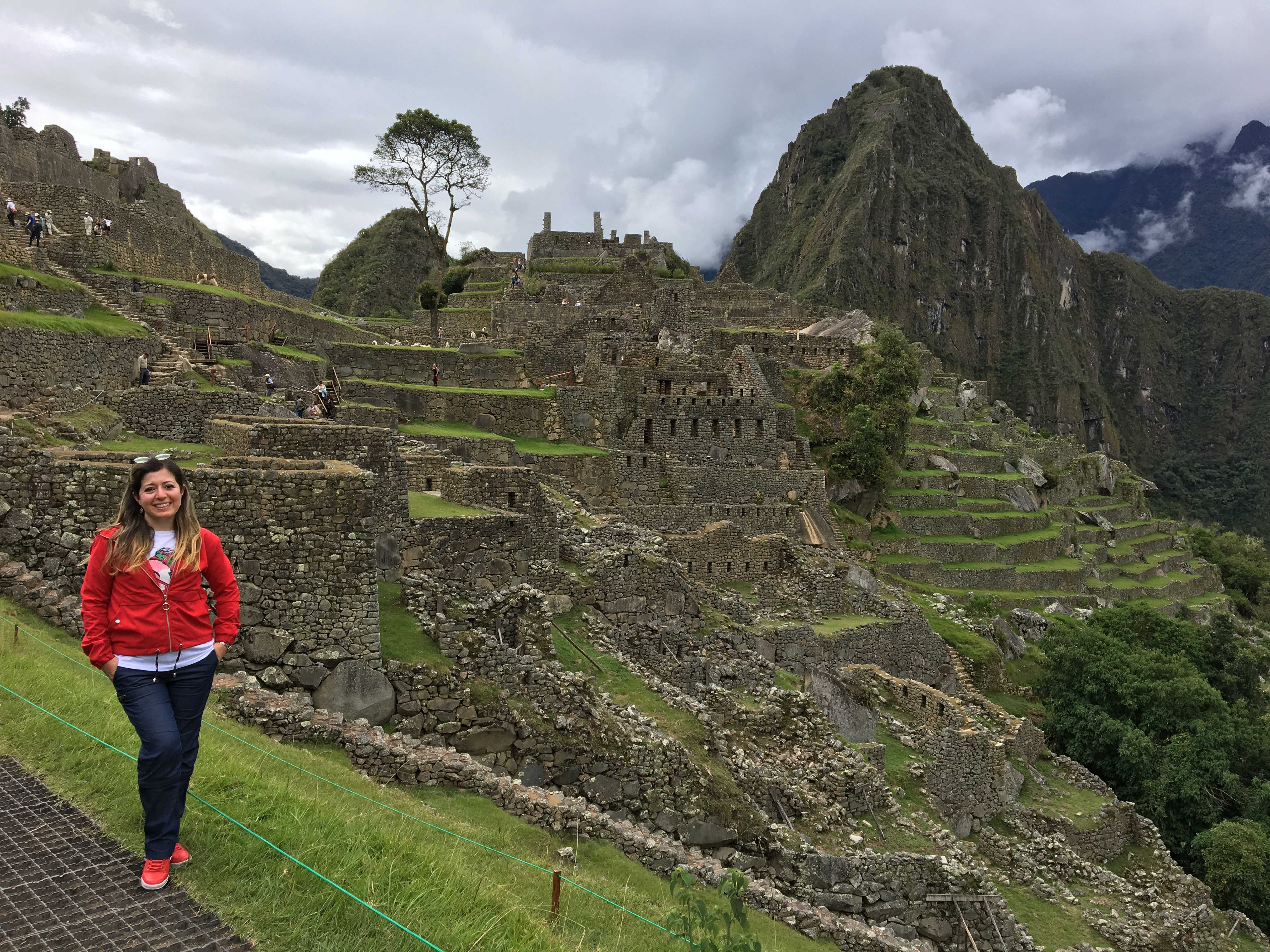 This city, regarded as one of the best examples of urban planning, was built in the foothills of the mountain called Machu Picchu by Incan emperor Pachacutec Yupanqui in 1450. While searching for another Inca city called Vilcabomba, Hiram Bingham, an American researcher, explored Machu Picchu in 1911. When he found it he paid tribute saying “it was like a dream”. 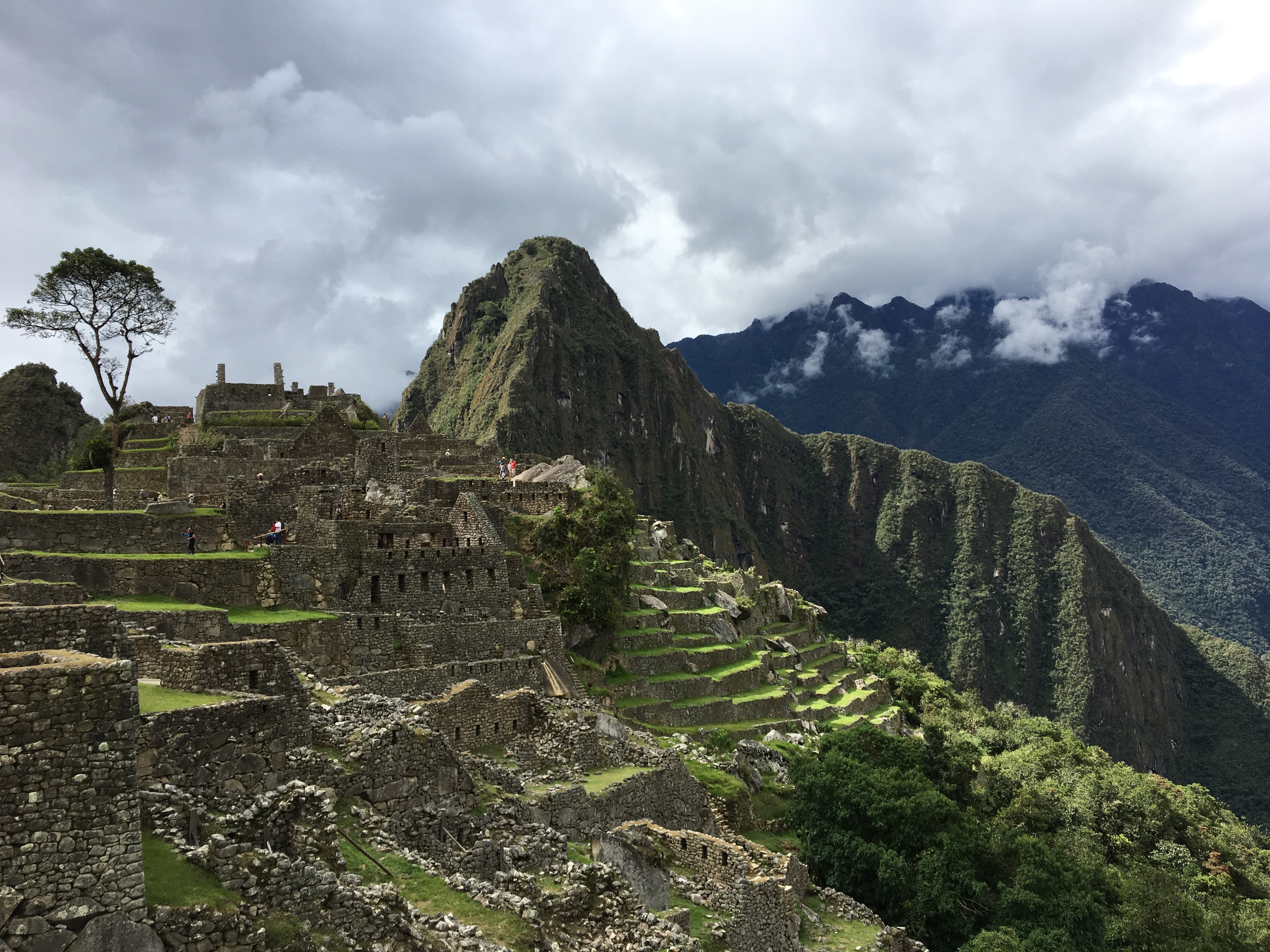 How Incas cut the concretes in this shape, carried the stone blocks to such a high level and they survived until today although built without the use of mortar are all really admirable. 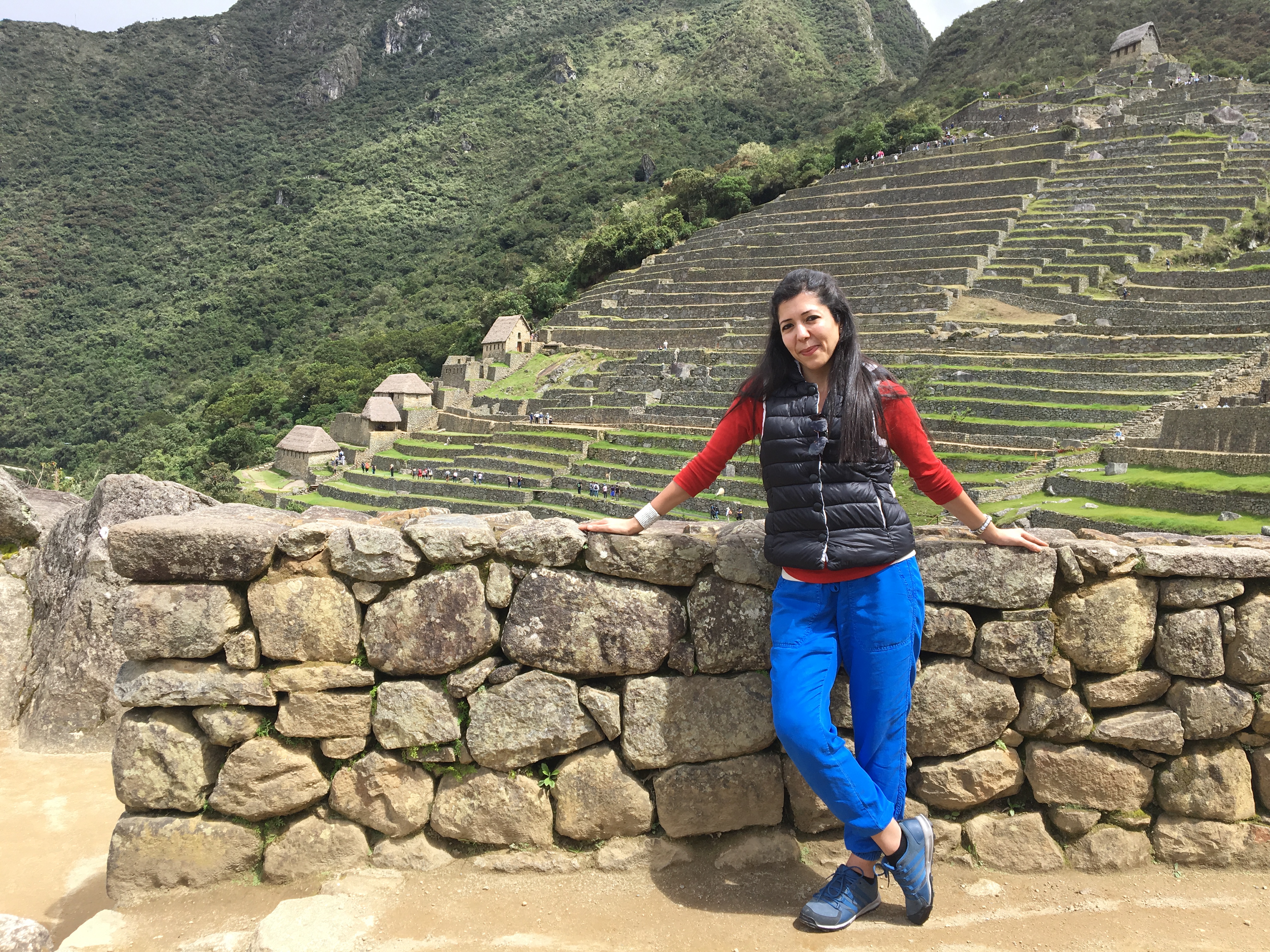 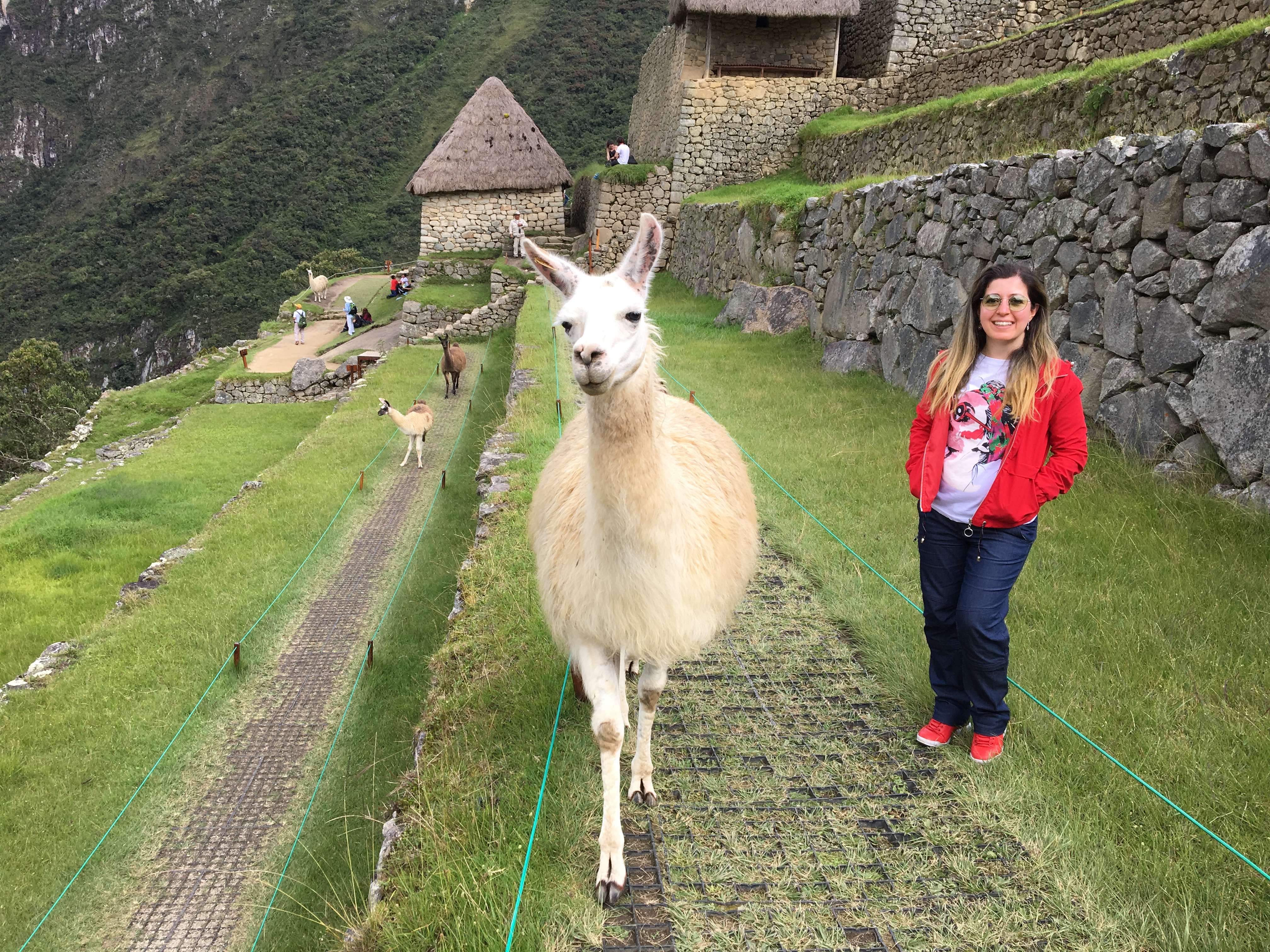 If we mention Incas’ religious beliefs, Inca state religion stands for Inti, god of the Sun. In Incan civilization, the supreme creator god called Viracocha takes place on top. Viracocha, believed that he granted culture to Incas, headed to Pacific Ocean by promising to come back. Incas sacrificed animals like lama for their gods. Moreover, this animals’ organs were also used by the head of priests to see the future.

Incas regarded their first emperor Manco Capac as son of the God Viracocha.

Two-thirds of the crop of the farmers were shared by a kind of taxation, the rest was kept in stores of the government. Everyone used to get the sources only how much he needed and so there were no terms such as theft and jail. Although there were lots of gold and silver, they were only used for ornaments.

We must also point out that this region may affect ones having health issues because it is located more than 3000 meters over the sea level. The local residents chew coca leaves or drink coca tea in order to get rid of altitude sickness. Coca leaves are also the raw material for cocaine and Coco Cola. To sell or buy cocoa is legal in Peru and Bolivia.

At midnight we are in Cusco. The next morning we have a surprise at the square. Everyone from 7 to 70 is playing with water, foam and paint from spray cans, a carnival-like atmosphere. We are also sprayed with foam.

After shopping, we arrange a taxi and drive around historical ruins (Sacsayhuaman, Qenko, Tambomachay, Puca Pucara) close to Cusco and watch the city panoramicly.

We go to the bus station and buy Puno tickets from San Luis bus company 40 soles per person. There are different bus options with bed and semi-bed. Later, we go back main square in Cusco.

While looking for San Pedro Market, we coincide with a fair on the square next to San Francisco Street. Many kinds of food, interesting from each other, catch our attention at this fair. One of them is the cuy, famous Peruvian food, a kind of mouse. We just prefer tasting the corn, with its large kernels.

Because the festival with foam still continues, we walk to San Pedro Market without a moment’s delay. We see the same view around the market: foam and water... We immediately enter the market. The bazaar is full of people selling so many kinds of legumes, spices and assorted nuts.

We have dinner at Pachapapa Restaurant on San Blas Street. It is a nice restaurant with its inner court and delicious food.

We go to the bus terminal because departure time is close. We face with an interesting practice here. One has to pay a tax for travel to another city. We also line up for paying it.