05th March 2019. For our long journey, first we fly from Ankara to Istanbul, then from Istanbul to Madrid and finally we arrive in Lima, capital city of Peru, after a 12,5-hour flight from Madrid.We start our journey with Plaza de Armas (Plaza de Mayor), the historical center of Lima. Peru is a country with its approximately 30 million population. Lima’s population is around 8 million. Peru is bigger than Turkey. 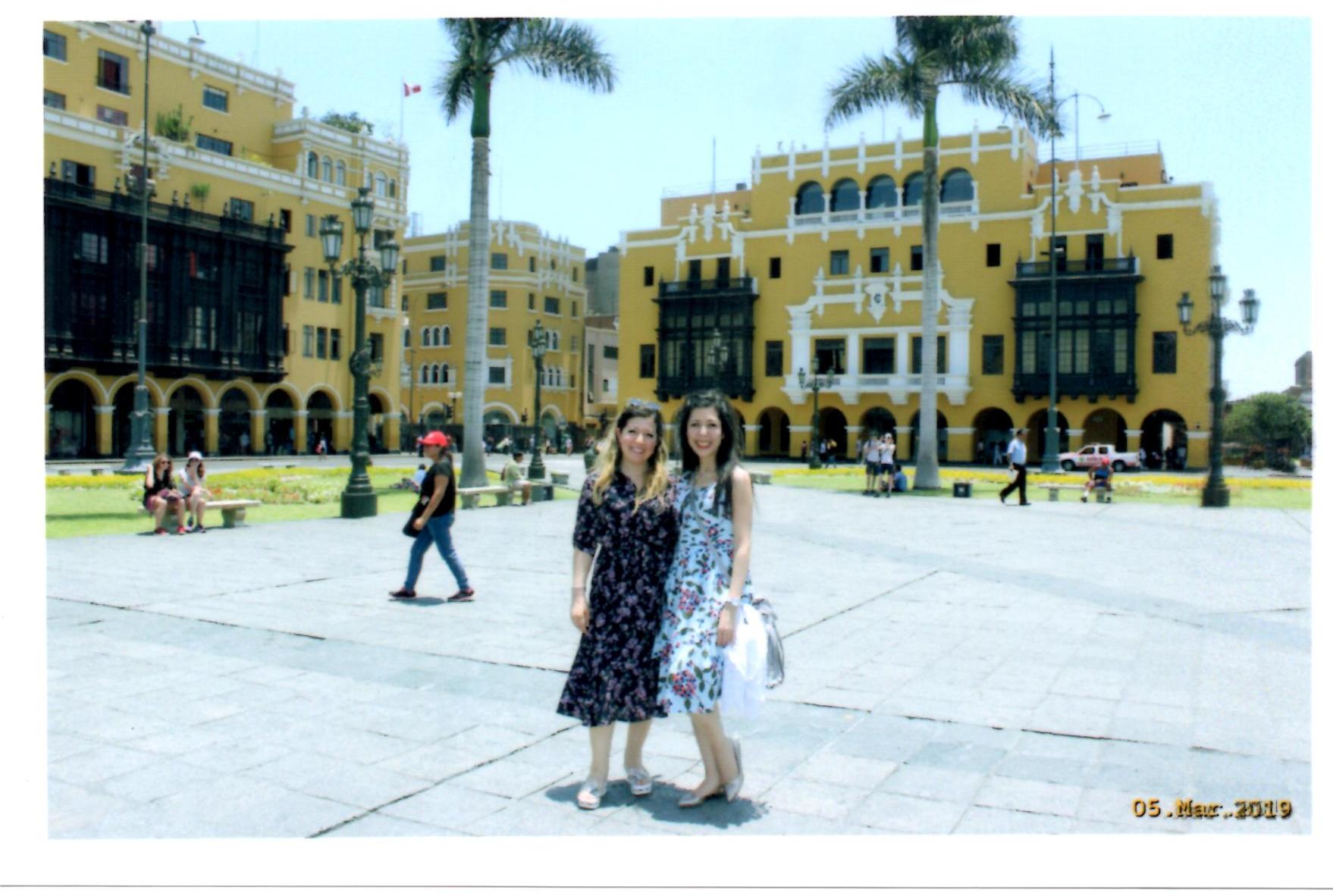 Peru, gaining its independence the latest among the countries in South America, has been ruled by military and civilian regimes since 1968. Its liberators are Argentinean General Jose de San Martin and Bolivian Simon Bolivar. Now the country is governed as a presidential republic. Besides Spanish, native languages like Quechua and Aymara are also spoken in Peru.

The Main Square is surrounded by Municipal Palace, Government Palace and Cathedral. We leave the Square after drinking delicious lemonades, made from the lime, after which Lima is named and we go to Miraflores, where more modern and newer buildings are located. Here is also the place where our hotel is located. Being located in front of Marriot Hotel, Larcomar Shopping Mall is the focal point of this place and has a panoramic view of the Pacific Ocean with its half open air structure. 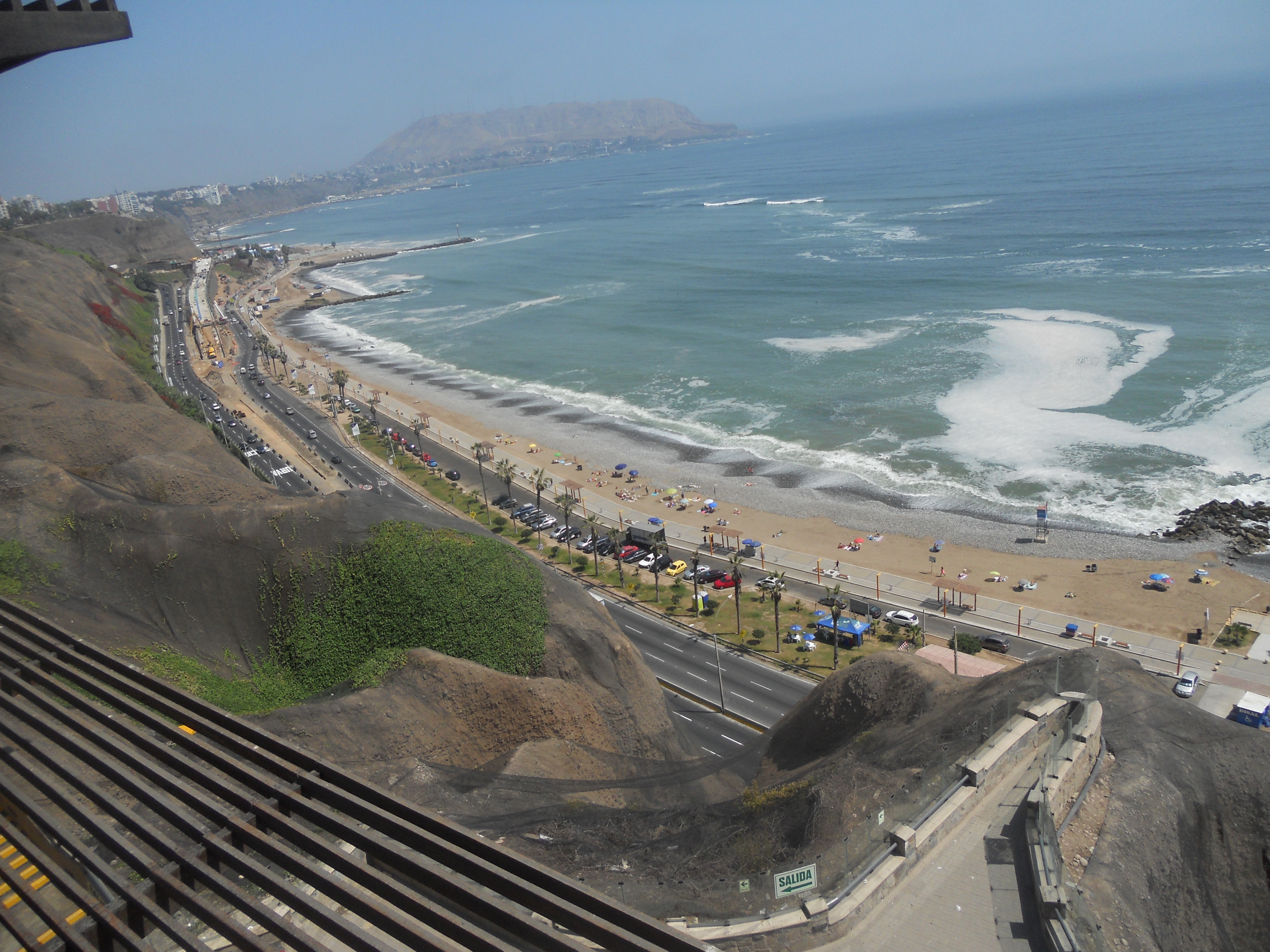 After walking around this place designed by beautiful parks, w ego to Olivar Park. The park is named for its olive trees.

Later, we go to Barranco, famous with its colonial architecture. Its history dates back to the times when the region was invaded by the Spanish led by Francisco Pizarro. 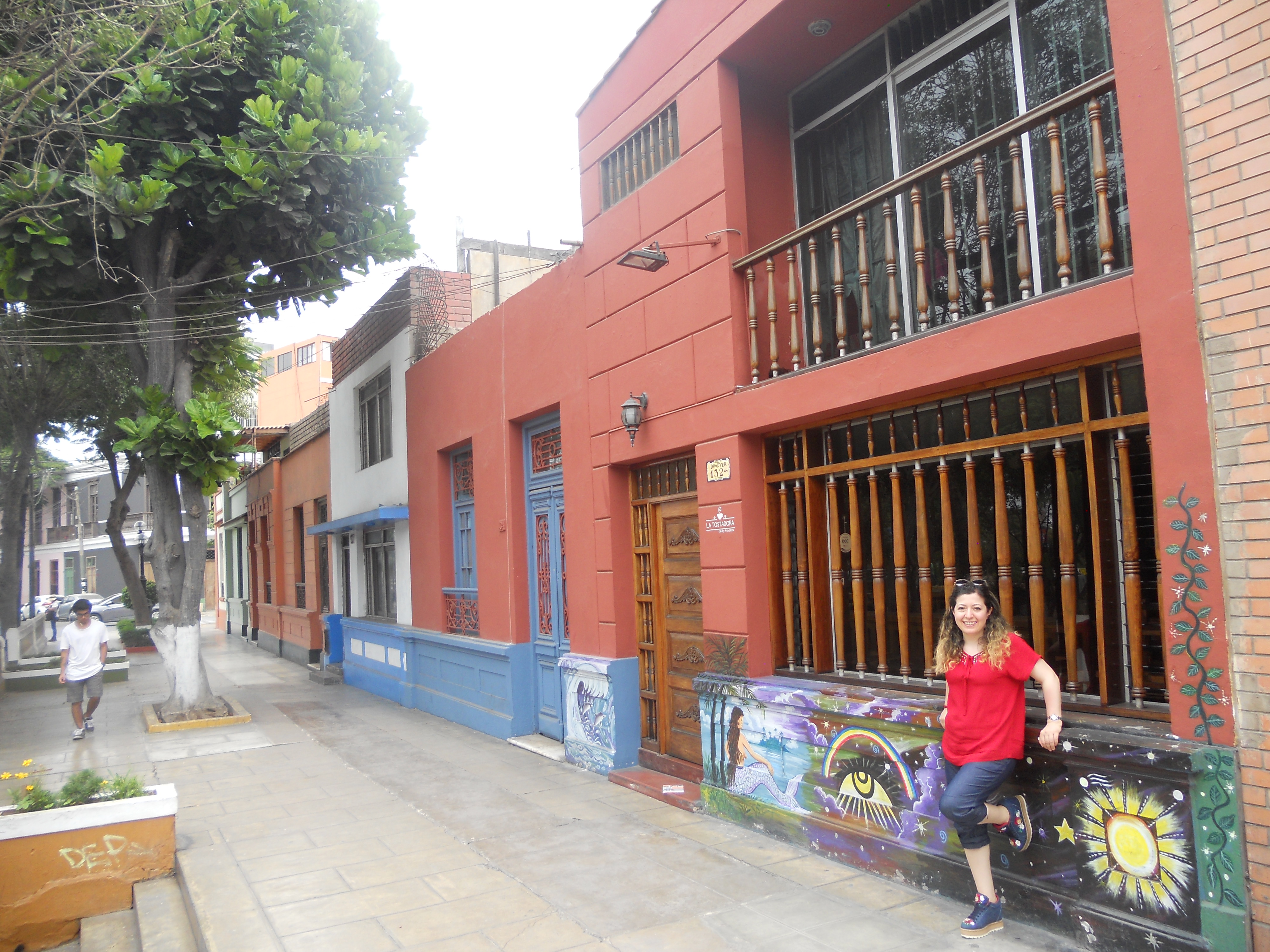 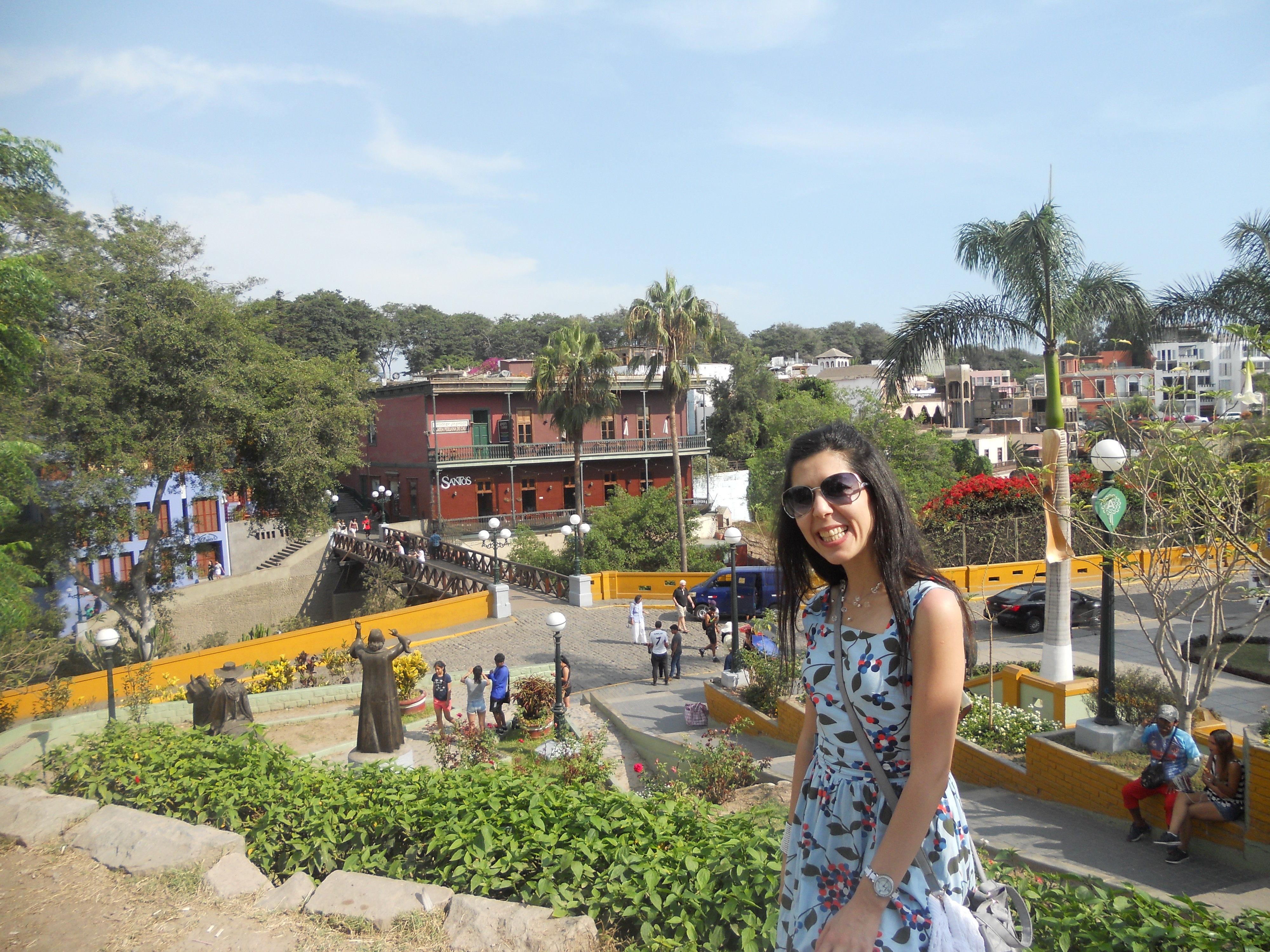 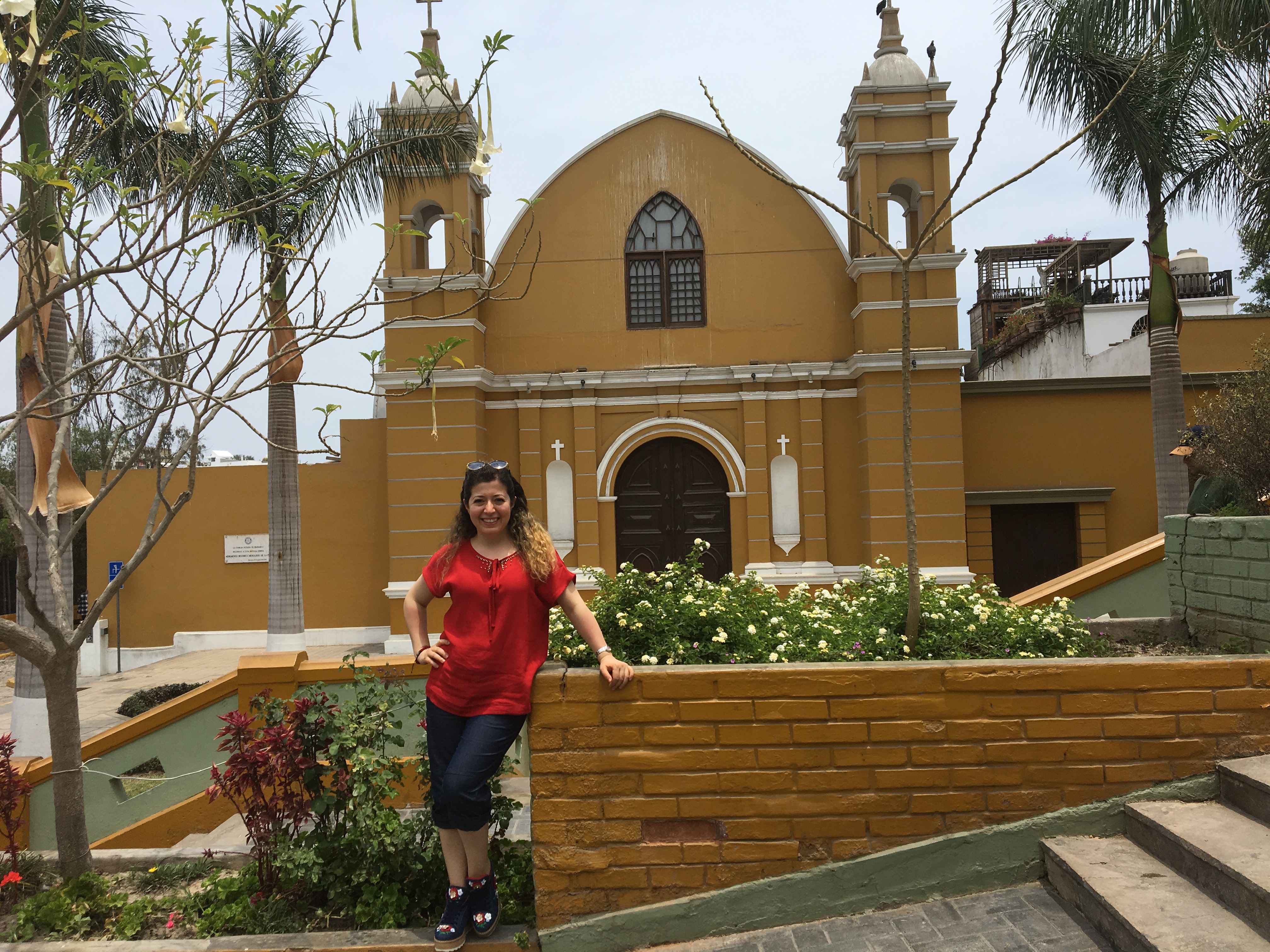 We’d also like to point out that the Spanish were able to win the Battle of Lepanto against the Ottoman thanks to the gold and silver they took from the region. It is reported that Sokollu Mehmed Pasha said the following famous quotes after this battle: “By conquering Cyprus we have cut off one of your arms, at Lepanto by defeating our navy you have only shaved off our beard. However, you know that a cut-off arm cannot be replaced but shaved-off beard grows thicker.”

We often come across with people exchanging money on Barranco streets.

To eat something we go to an elegant restaurant overlooking the Pacific Ocean. Here we taste ceviche, Peru’s famous national dish, accompanied by traditional pisco sour. The dish consisted of raw fish and onion marinated in lime juice spiced with chili pepper is served cold with potato, bean and corn. 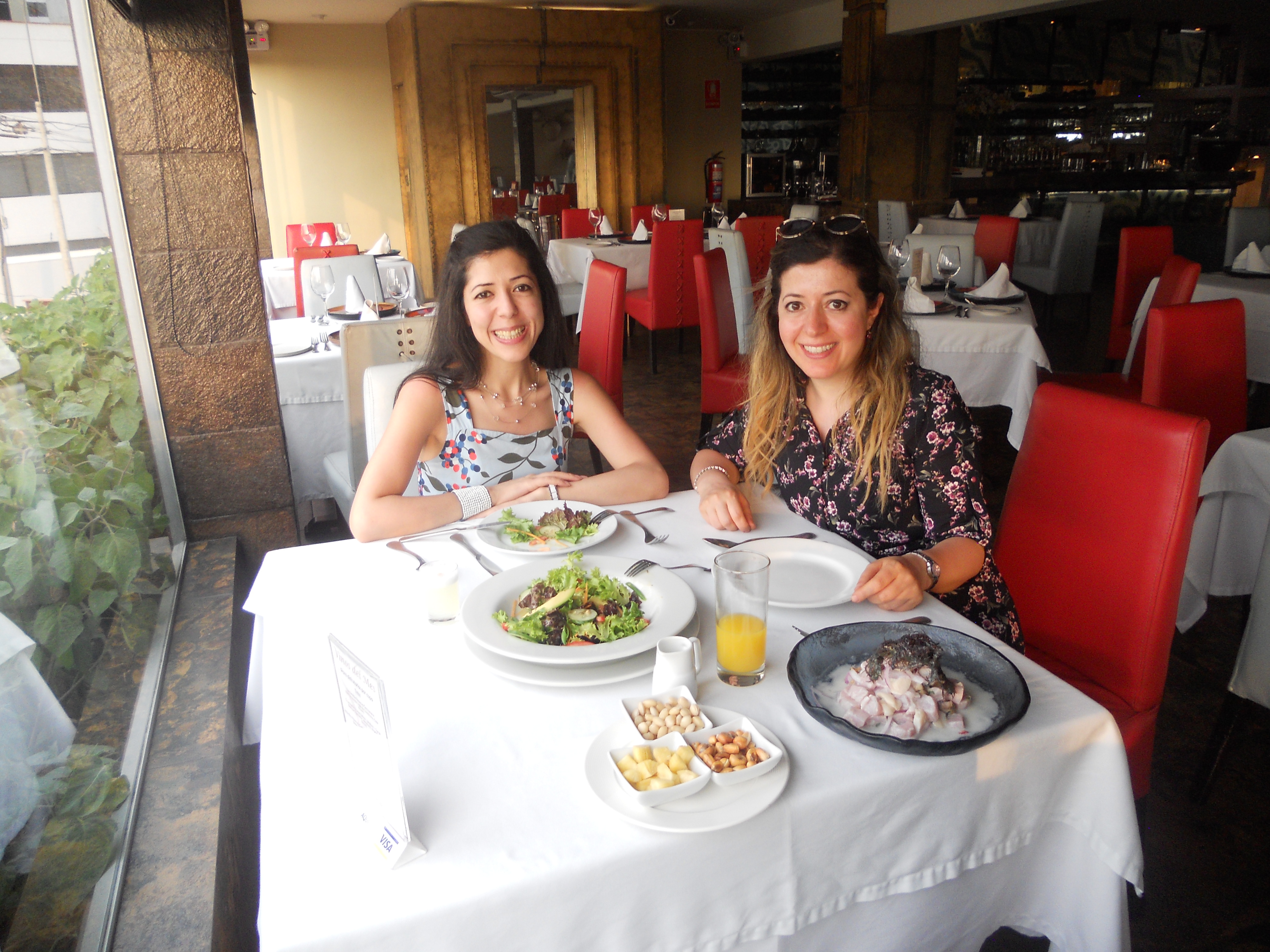 After meal, we get on a bus aimlessly and go to the final destination by watching Lima streets and come back to Barranco. We see slam areas to a high degree at the last stop. On the way back, sellers and ones trying to earn Money by singing songs continuously get on and off the bus and thus this joyful trip turns to a highly interesting experience for us.