Morocco: The Enchanting Country with its Tremendous Crowd and Gardens of Eden

Morocco: The Enchanting Country with its Tremendous Crowd and Gardens of Eden

It is on September, 2006. We arrive Marrakech after a 4.5 or 5-hour-flight. There is a 3-hour time difference between Turkey and Morocco.

Although Morocco is geographically close to Europe, it is a North African country and also it has a distinctive cultural structure with its Arabic and Berber population. Morocco was released from French rule, declaring its independence in 1956.

Marrakech, known as “Red City” (because of its buildings’ colour J) and listed as a UNESCO World Heritage Site, consists of two parts, old and new town, like in nearly most urban settlement. The old part is called Medina and new part is called Ville Nouvelle. Medina is an area surrounded with walls. Jemaa el-Fnaa, probably one of the most authentic and crowded squares in the world, is also located in Medina. In this square you see snake charmers, fortune tellers, water sellers with Mexican-style hats, street vendors, all kinds of food, dance shows, local musicians, souvenir, ones applying henna, monkeys and what not... One feel as if he lived in a period of time in past. The square being more alive in the evening is really worth seeing with the smoke of food cooked in open air, oil lamps, scent of spices and the music made by buskers. Moreover, one can enjoy the unique view and aliveness of Jemaa el-Fnaa from the cafes and restaurants with view of the square. It can be said that this square is the heart of Marrakech. 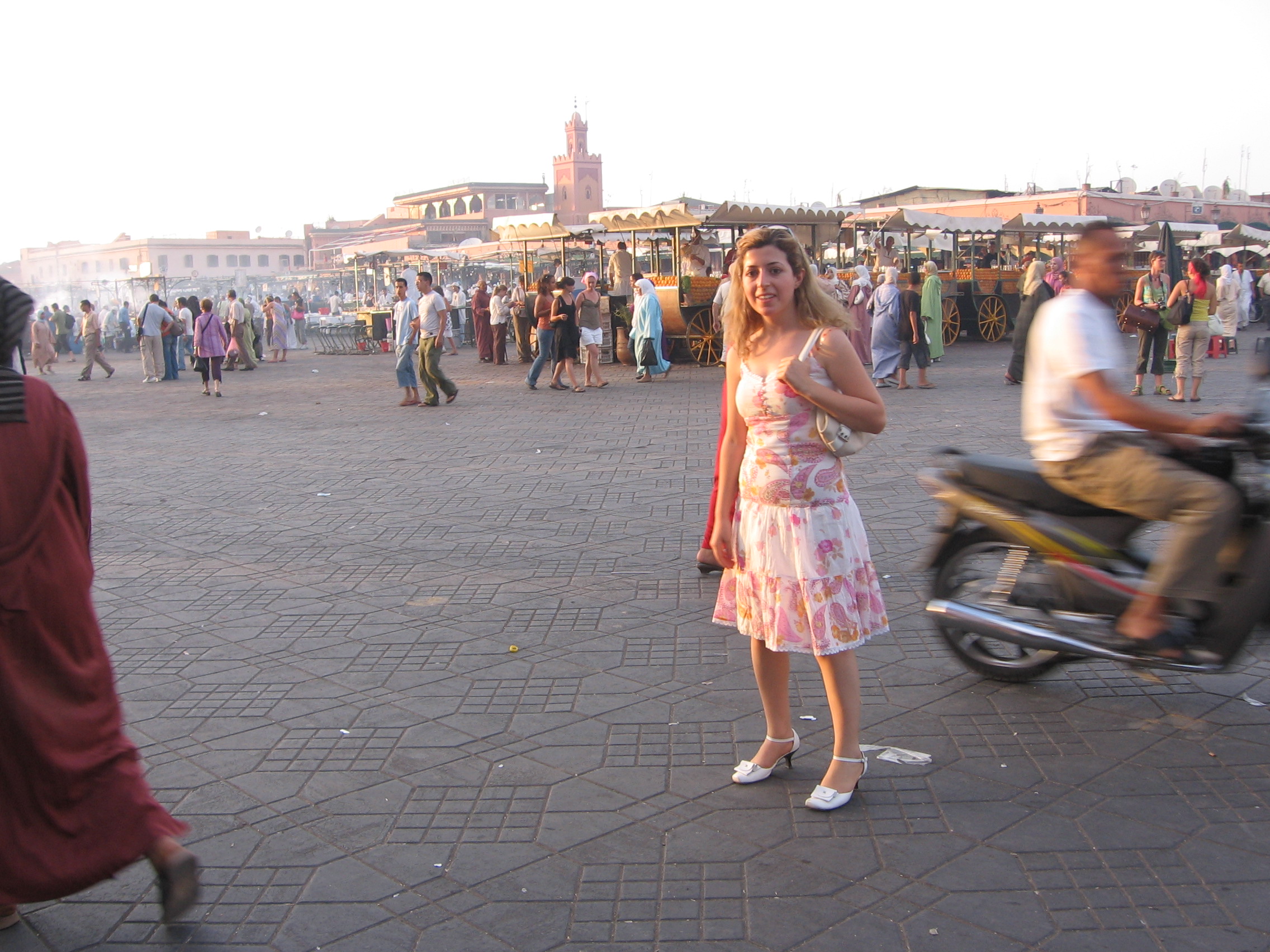 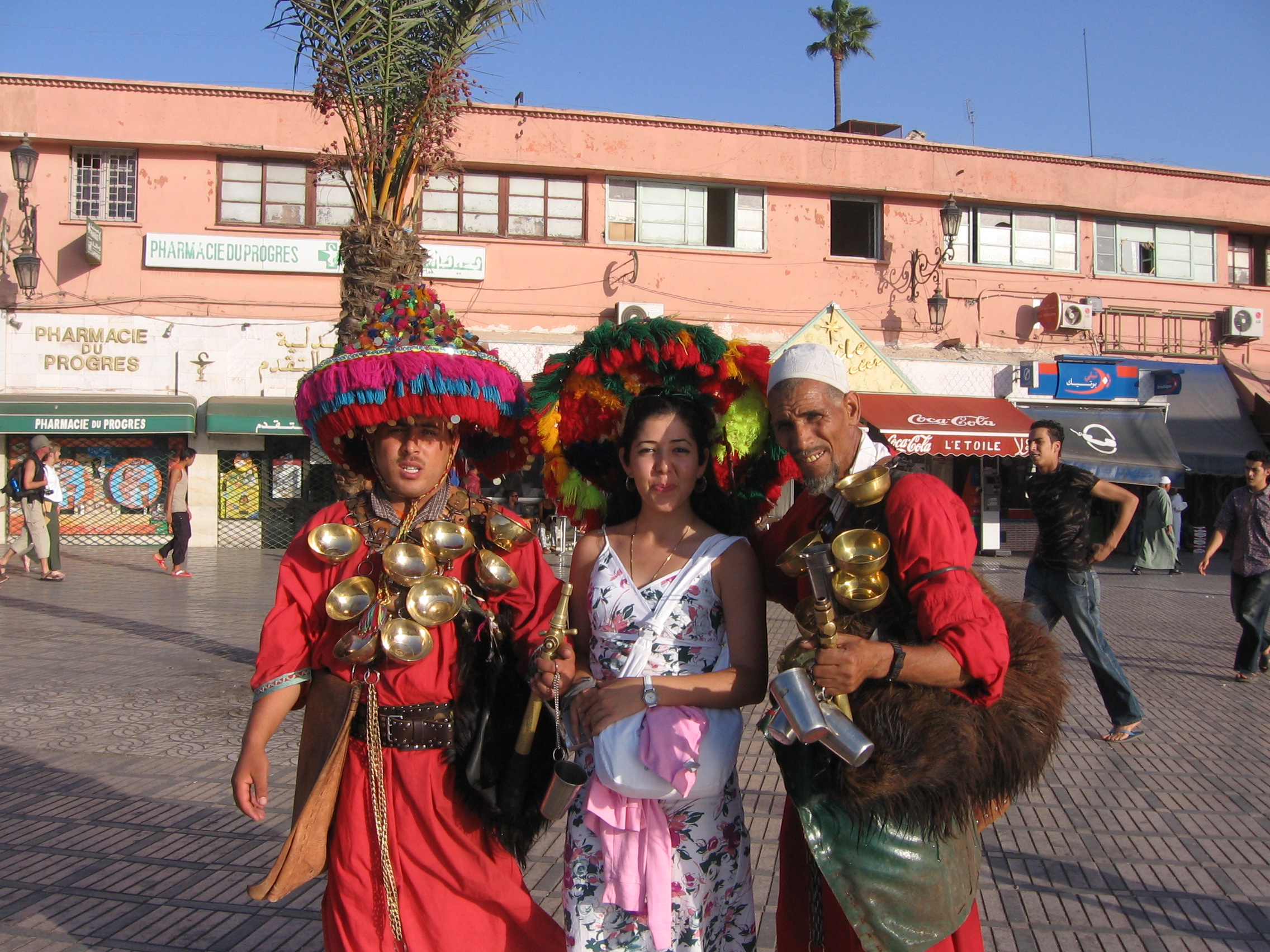 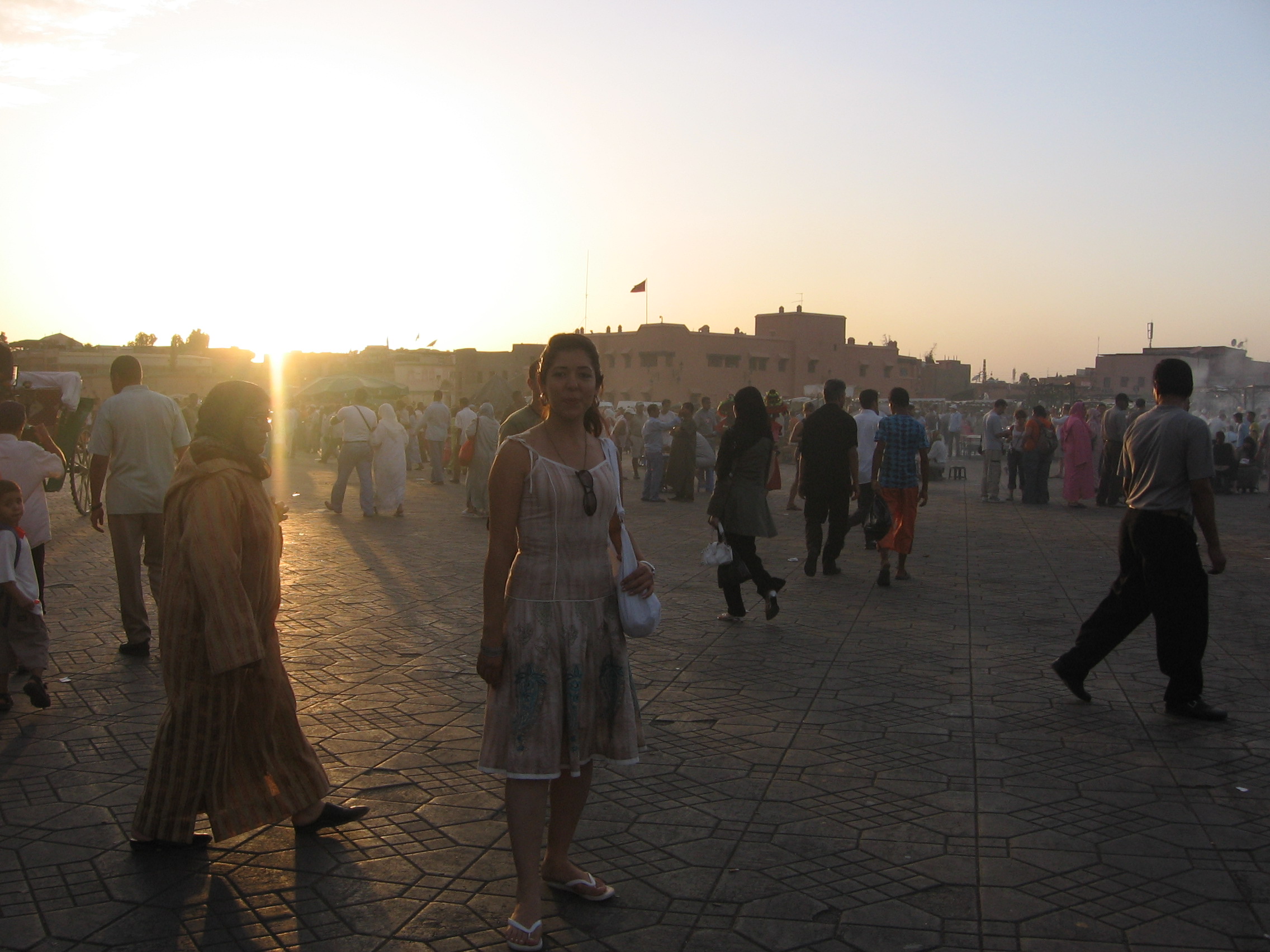 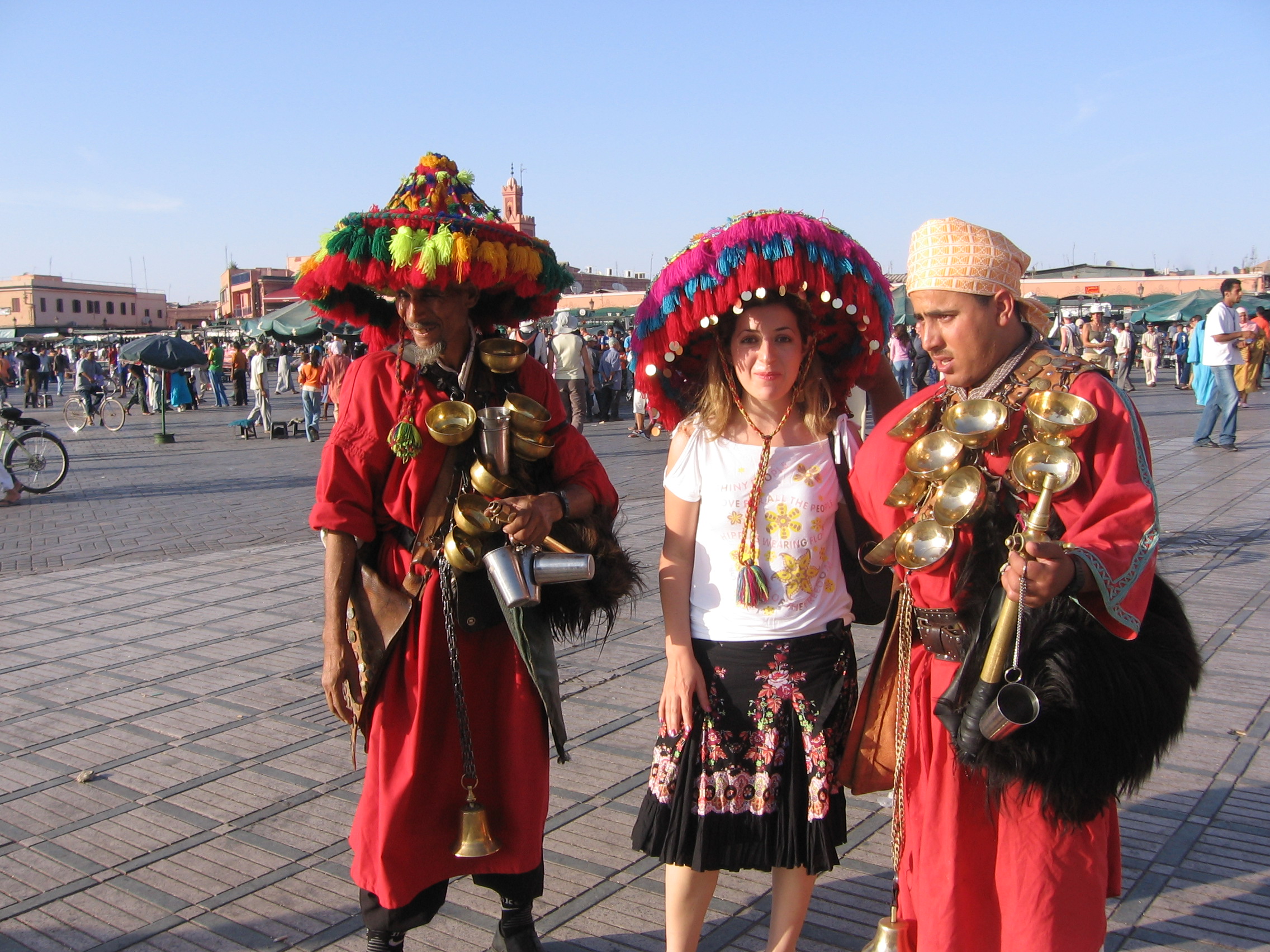 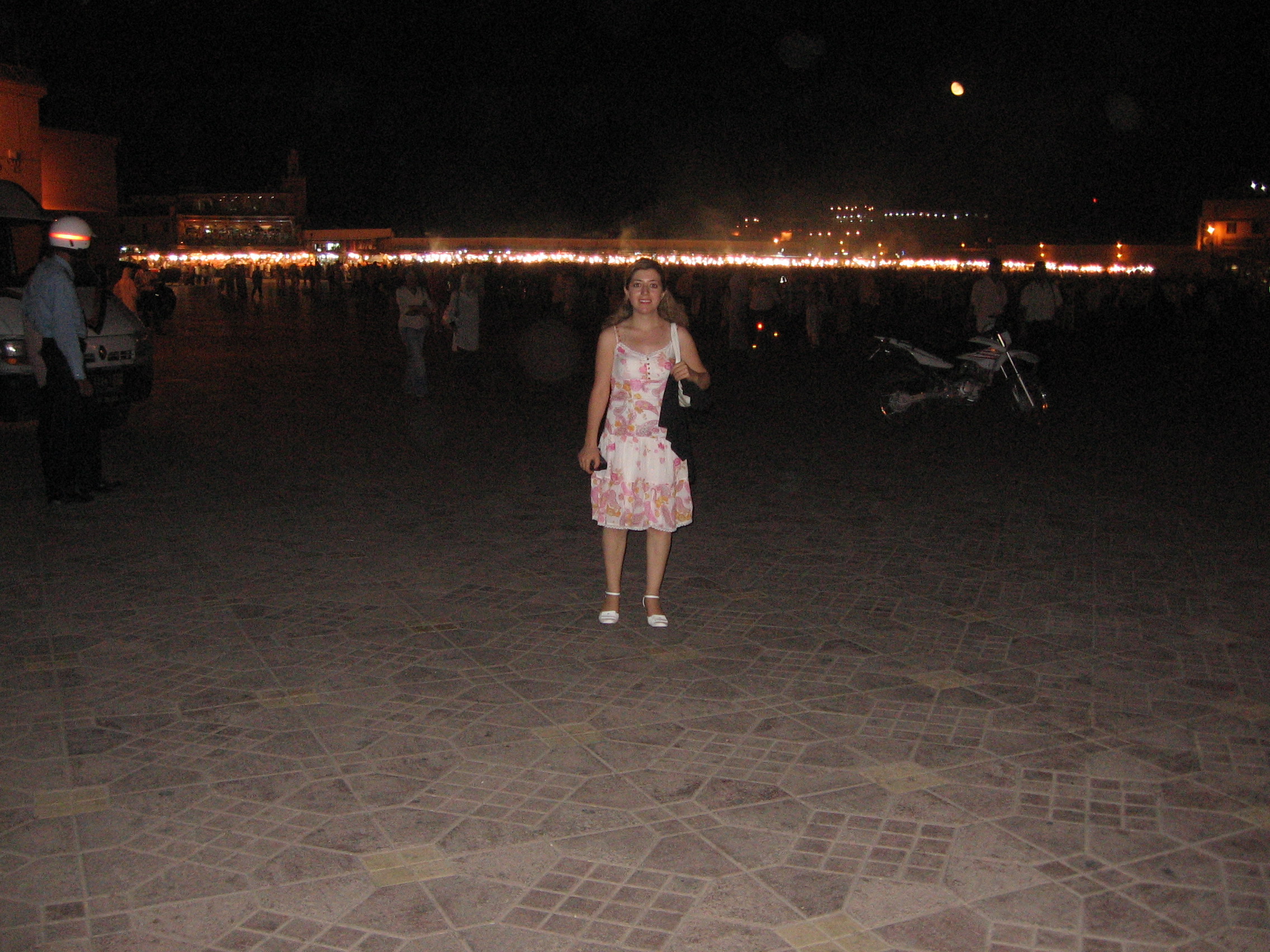 By the way we should speak of the fact that some scenes of the movie The Man Who Knew Too Much, directed by Alfred Hitchcock and starring Doris Day and James Stewart were shot in Jemaa el-Fnaa Square.

One of the most important landmarks of Marrakech is Koutoubia Mosque. Its minaret, regarded as the highest in the world, can be seen from almost eveywhere in the city. The minaret’s rectangular-shape distinguishes it from Turkish architecture of mosque. 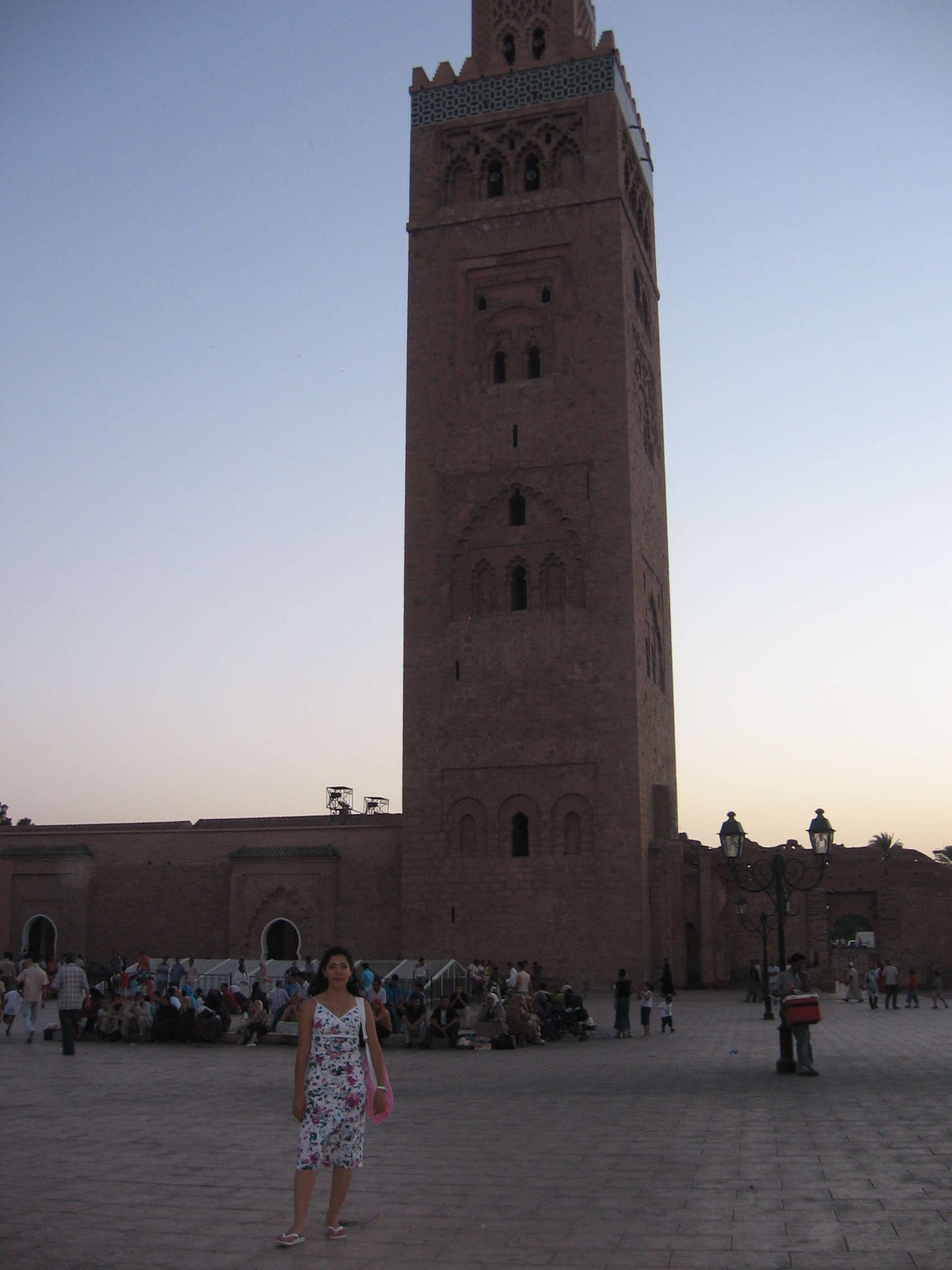 While we are having a panoramic city tour by the phaeton, we see the palace of Mohammed VI. Later we visit El Badi Palace. The architecture in the shape of keyhole is dominant in the palace, mostly in ruin. 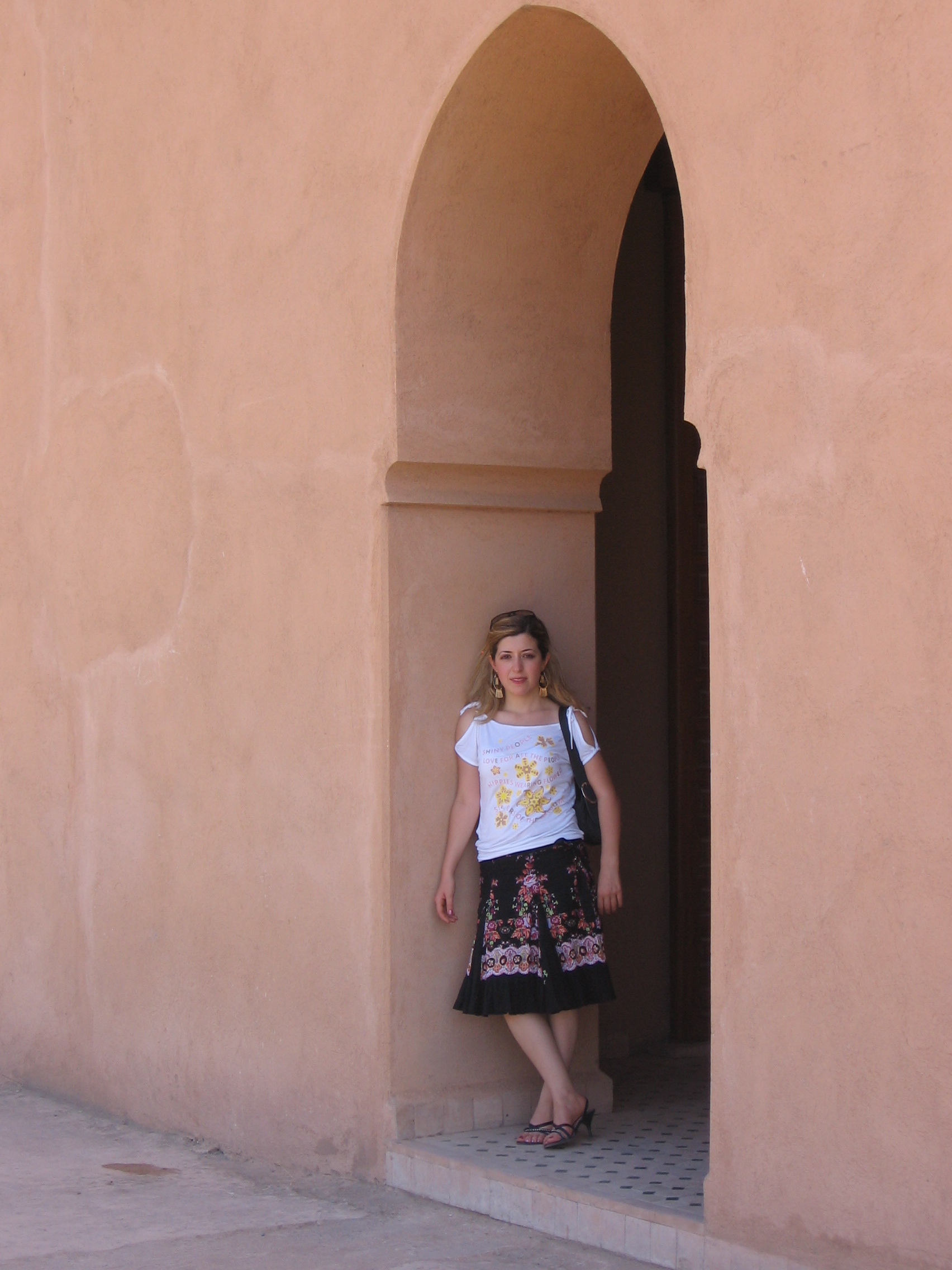 El Badi Palace: An example for the architecture in the shape of keyhole 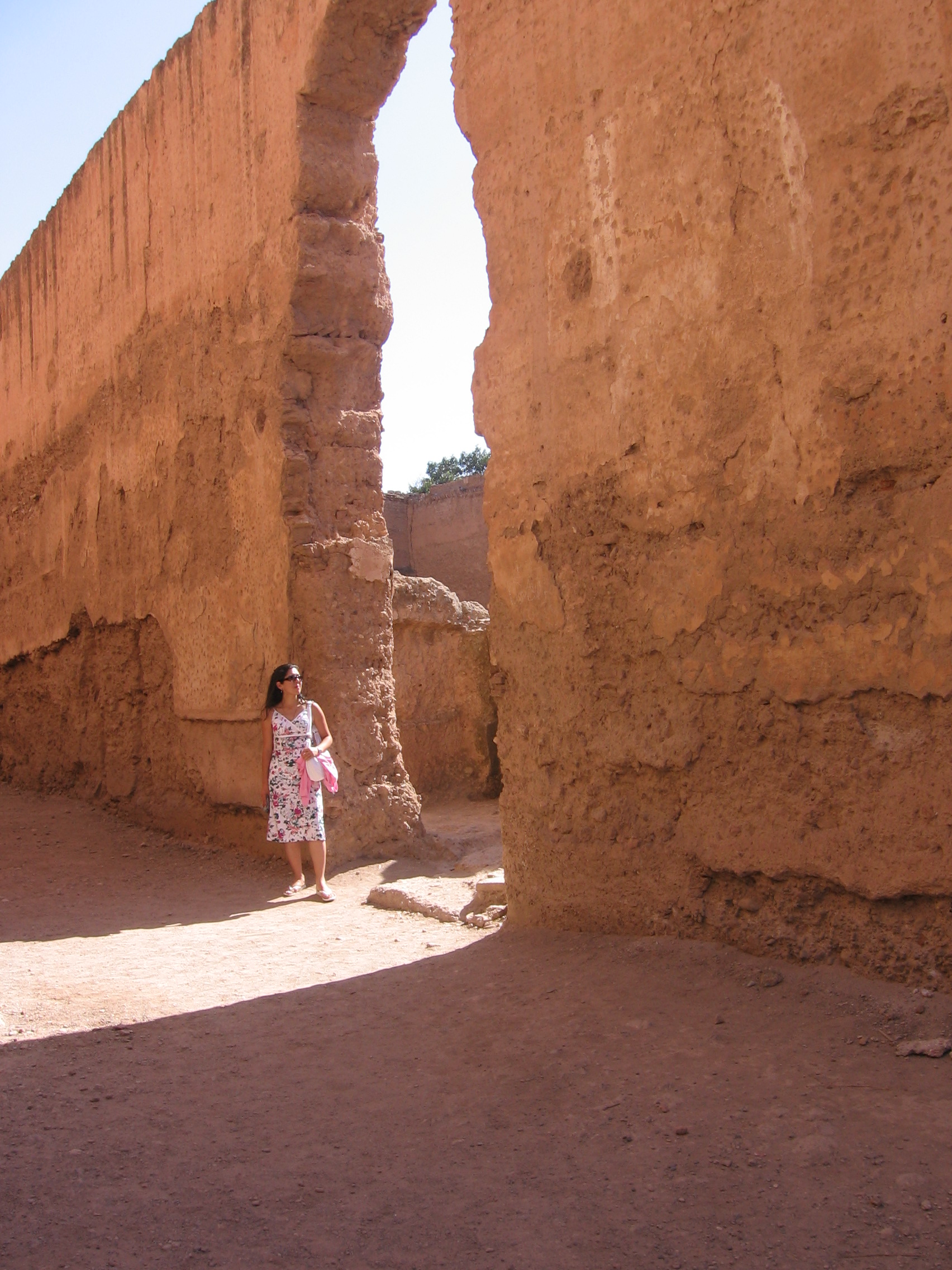 Immediately after that we sightsee Bahia Palace. We see there the doors and windows widely shaped like the keyhole in the palace covered with small gardens having orange and mandarin trees. The ceiling and walls are decorated with a variety of ornate carvings. 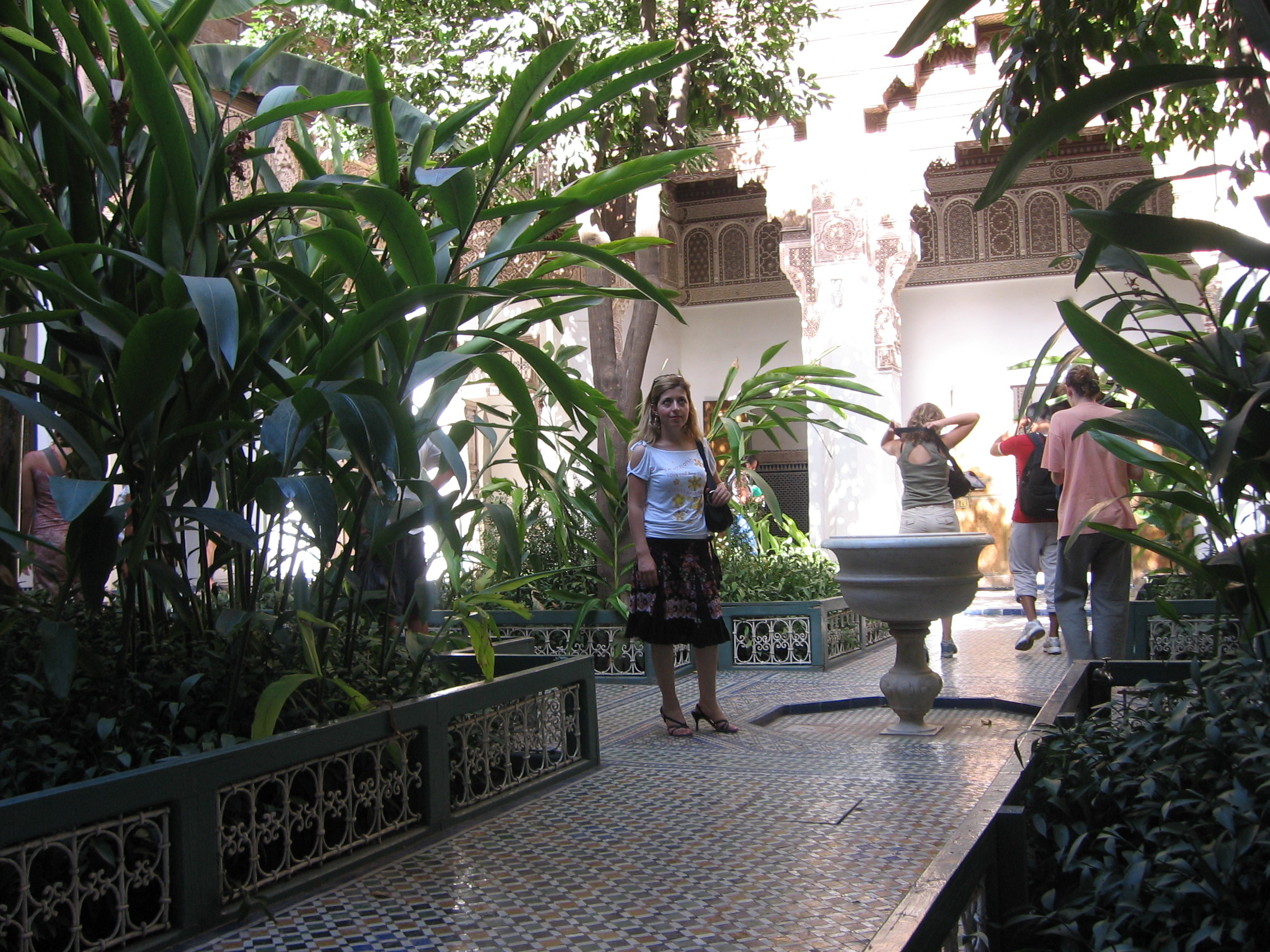 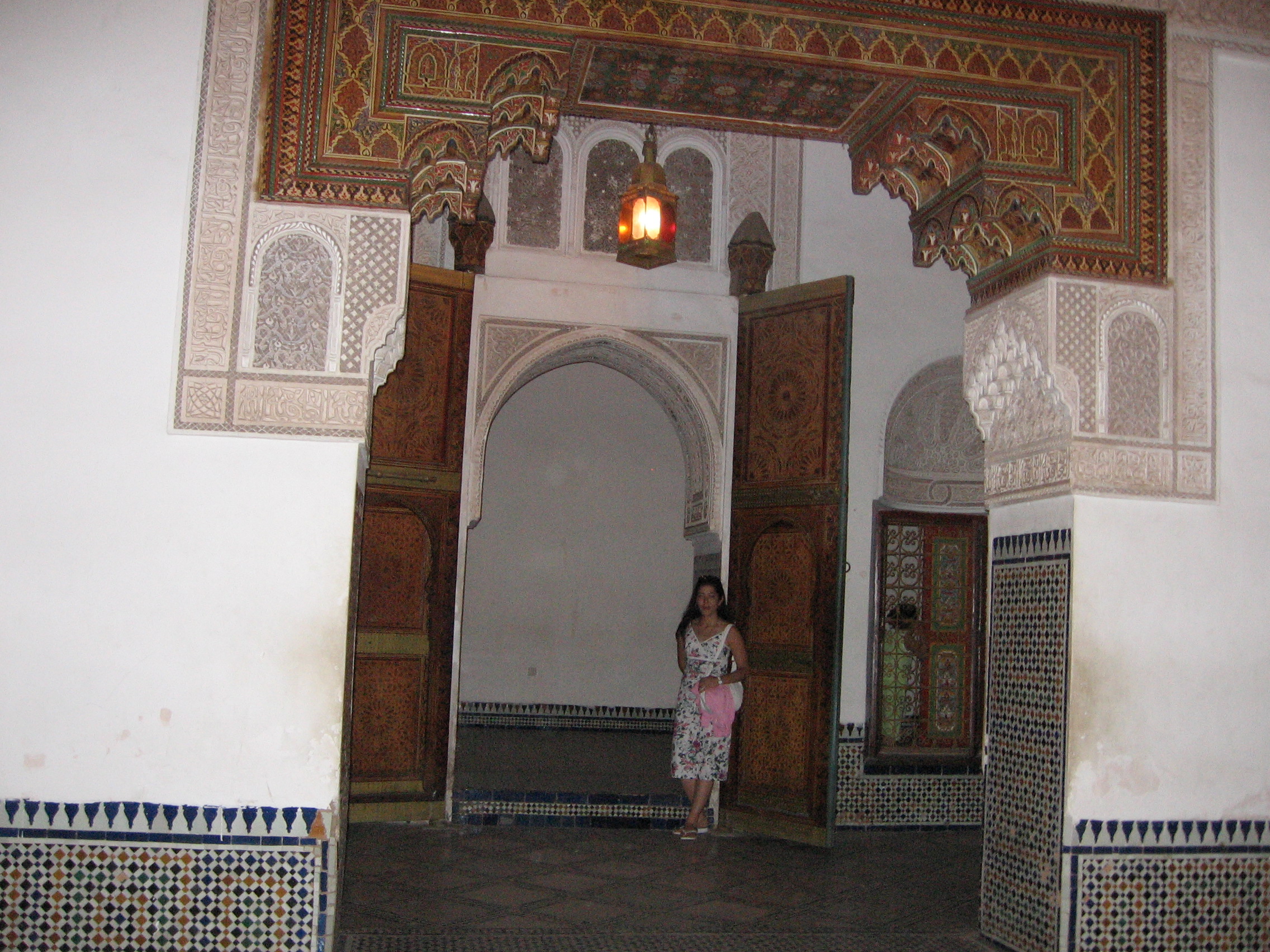 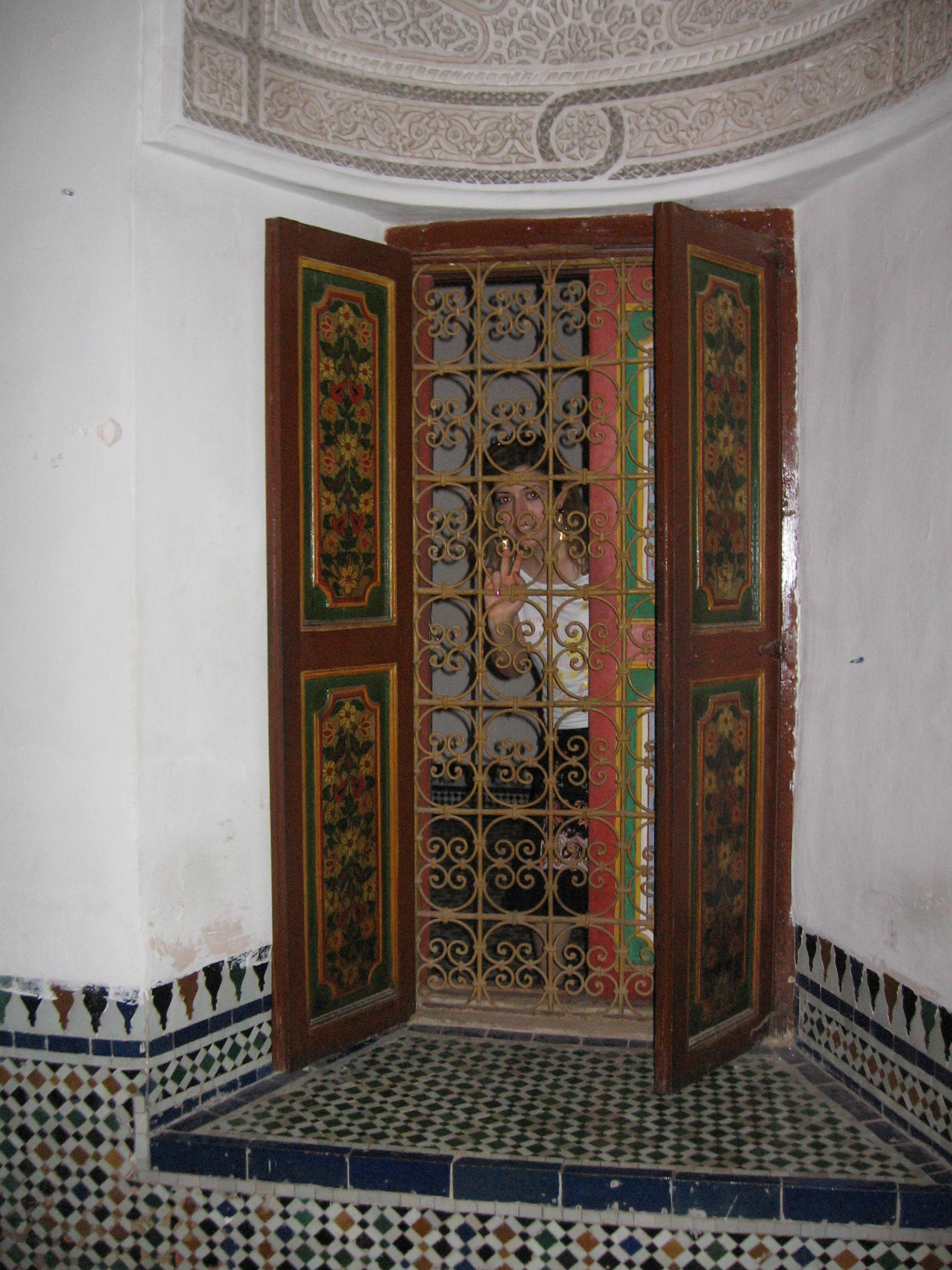 While we are walking around on streets of the city, filled with the scent of spices, we also have the opportunity to taste the famous mint tea. 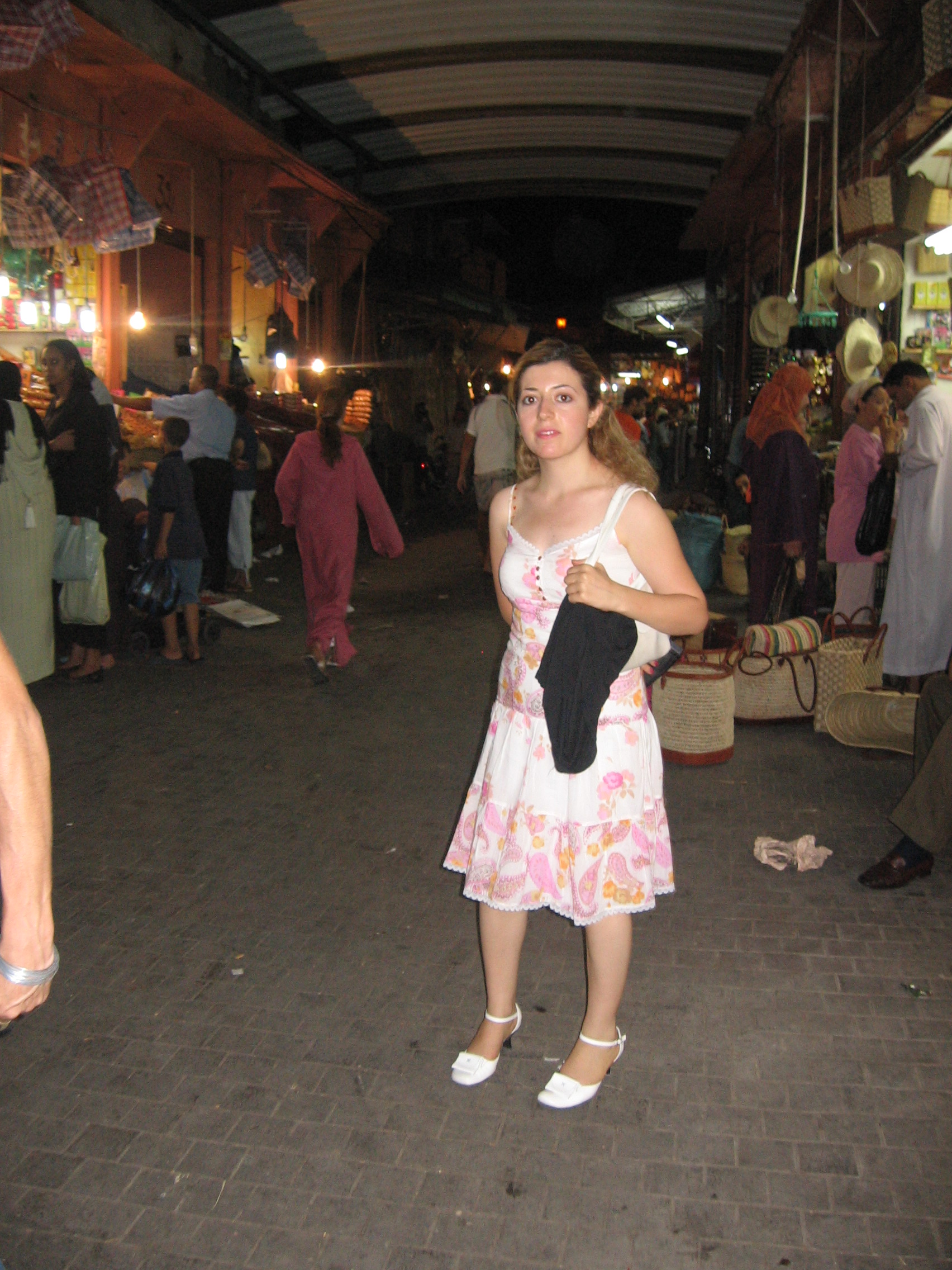 The next day we set off towards a Berber village with a group of French tourists. During travel we come across olive trees. How interesting the Red City’s lands are even red! We also buy one colourful bracelet for each at break. We pay 100 dirhemis for one bracelet. 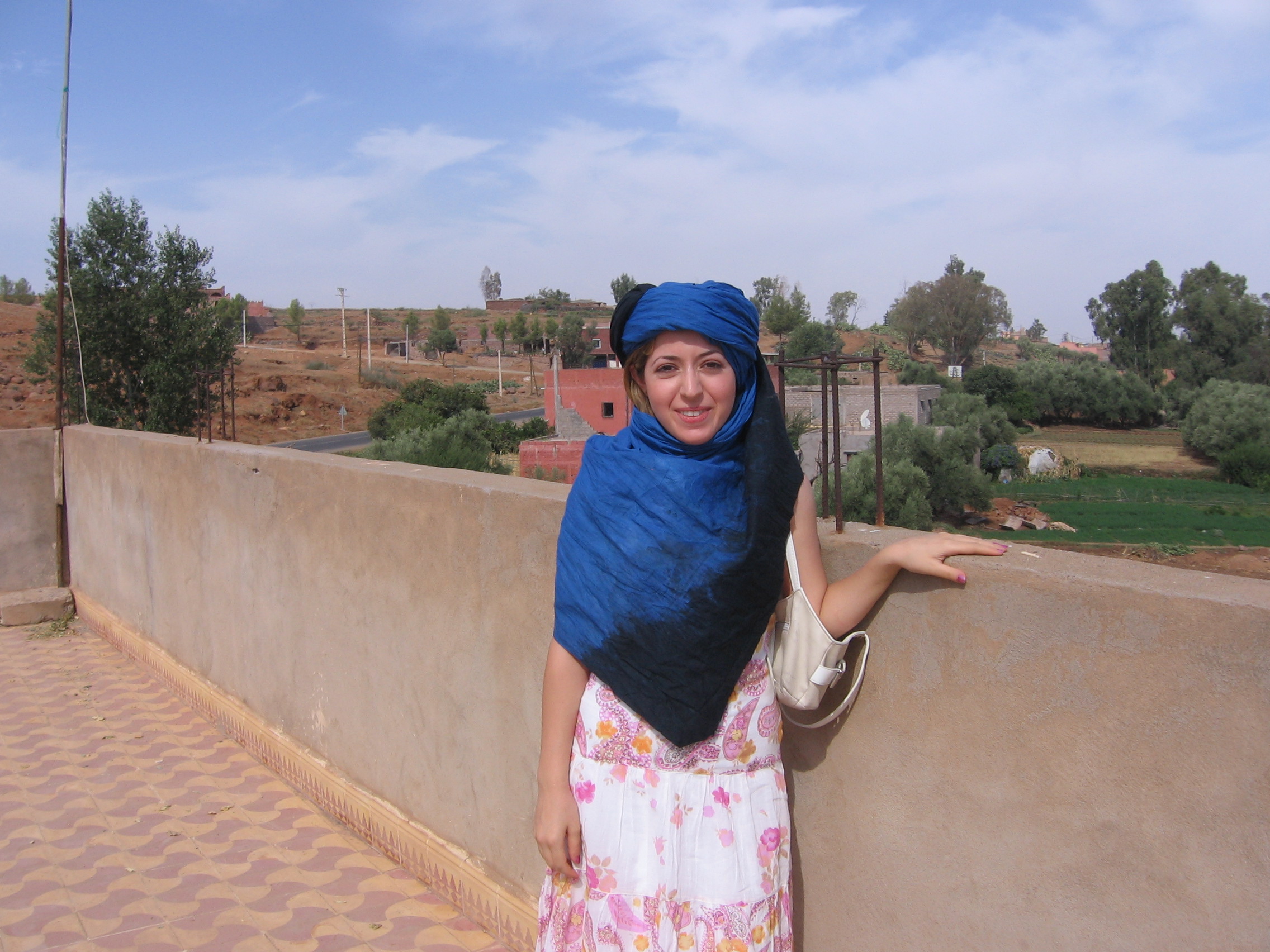 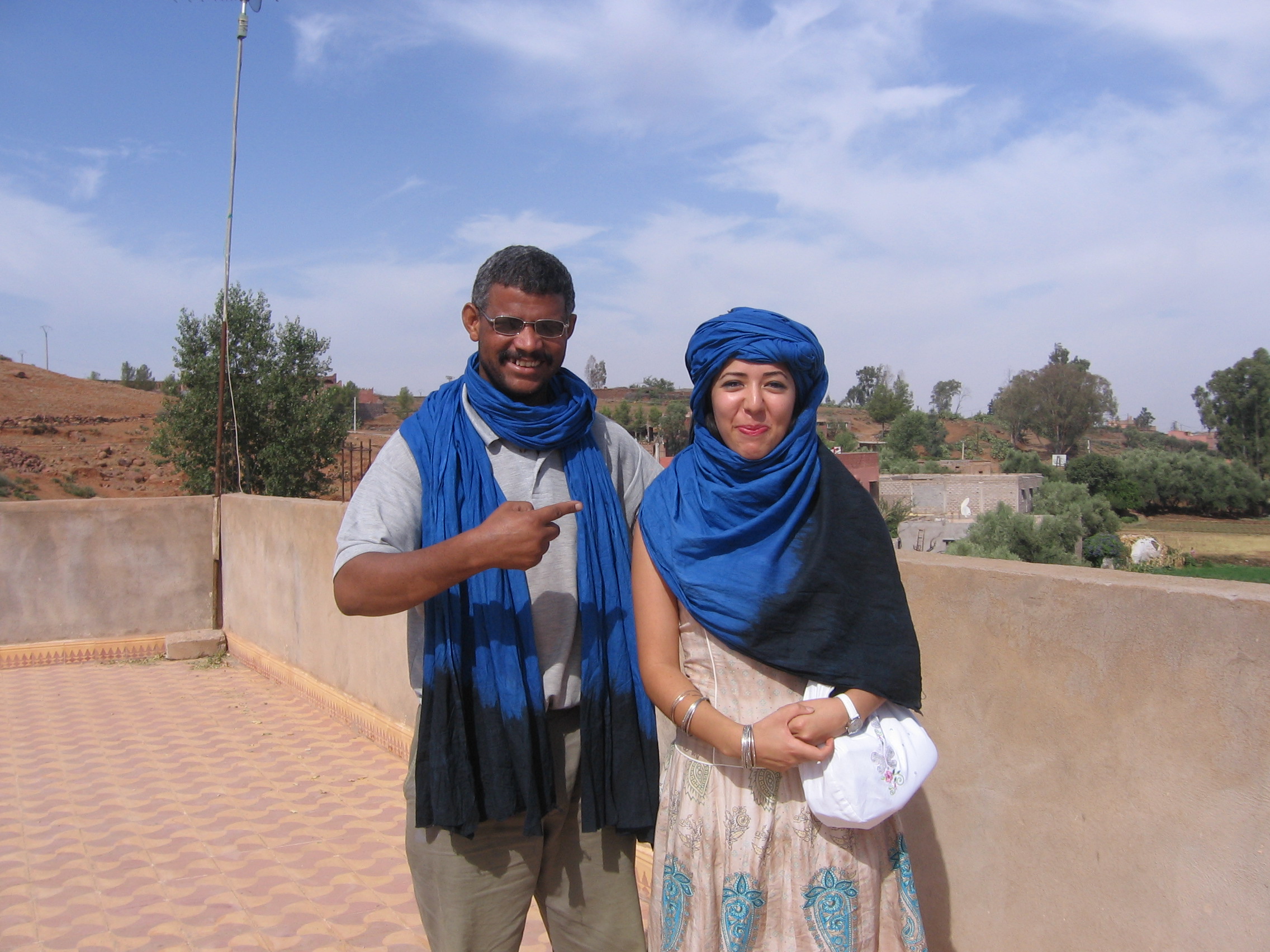 We taste butter, honey, olive oil and bread with mint tea when we visit a house in the village.

When we go to a restaurant for meal, we see ladies dancing with their folk costumes and handbells. This surprise makes a very nice ambiance. With its special service, delicious tajine also completes this ambiance. Tajine, a kind of lamb stew with fragrant spices and vegetables, is the most famous Moroccon food,

On the way back we stop by a souvenir shop & museum, similar to architecture of the ones in Ali Baba and the Forty Thieves.

We have a rest in Menara Gardens after a very busy day. 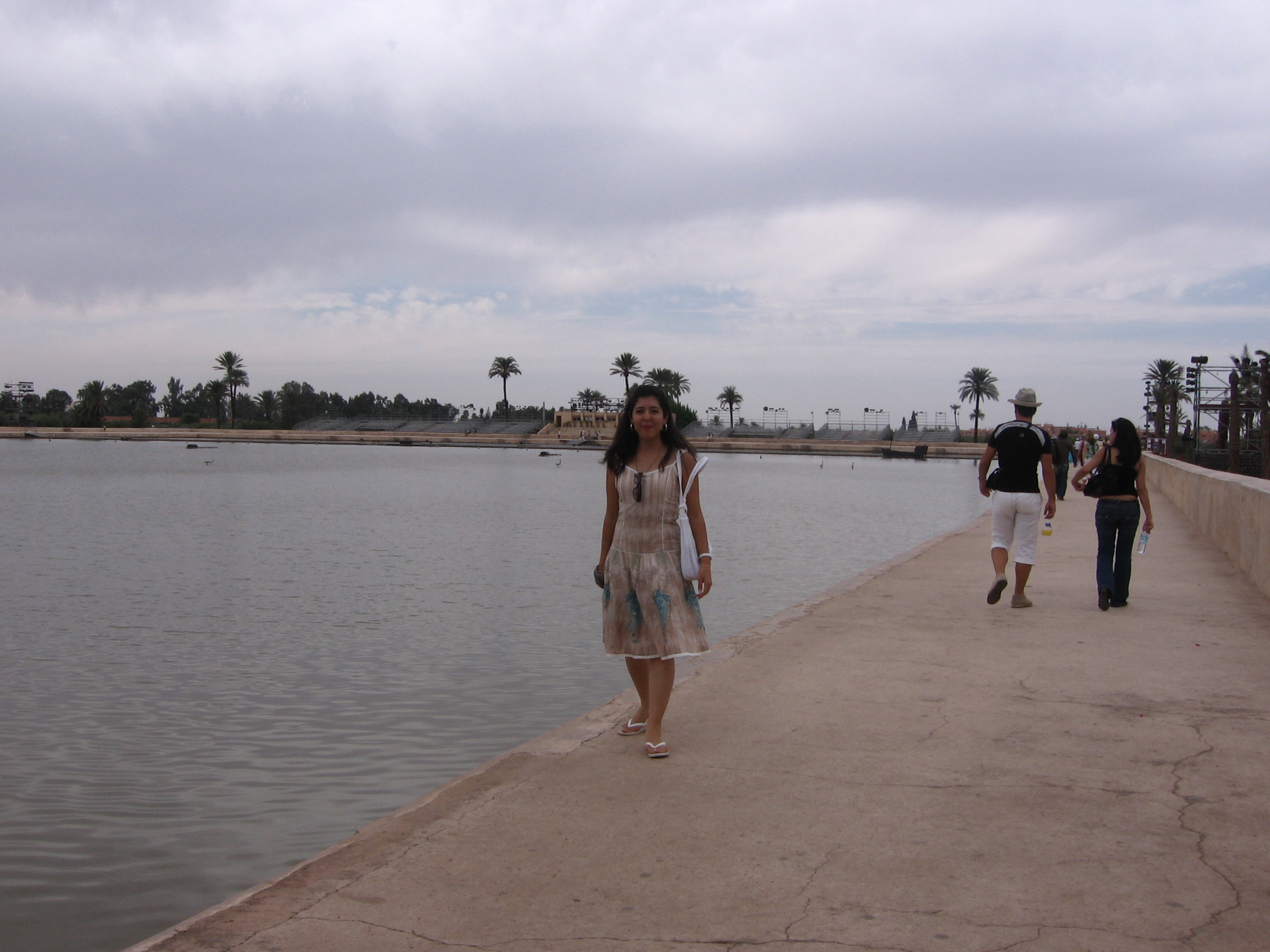 Later we see Majorelle Garden. Majorelle is such a beautiful garden being re-cropped with new trees, plants, cactus and grass. We feel as if we were walking in a garden described in poems of Divan literature. 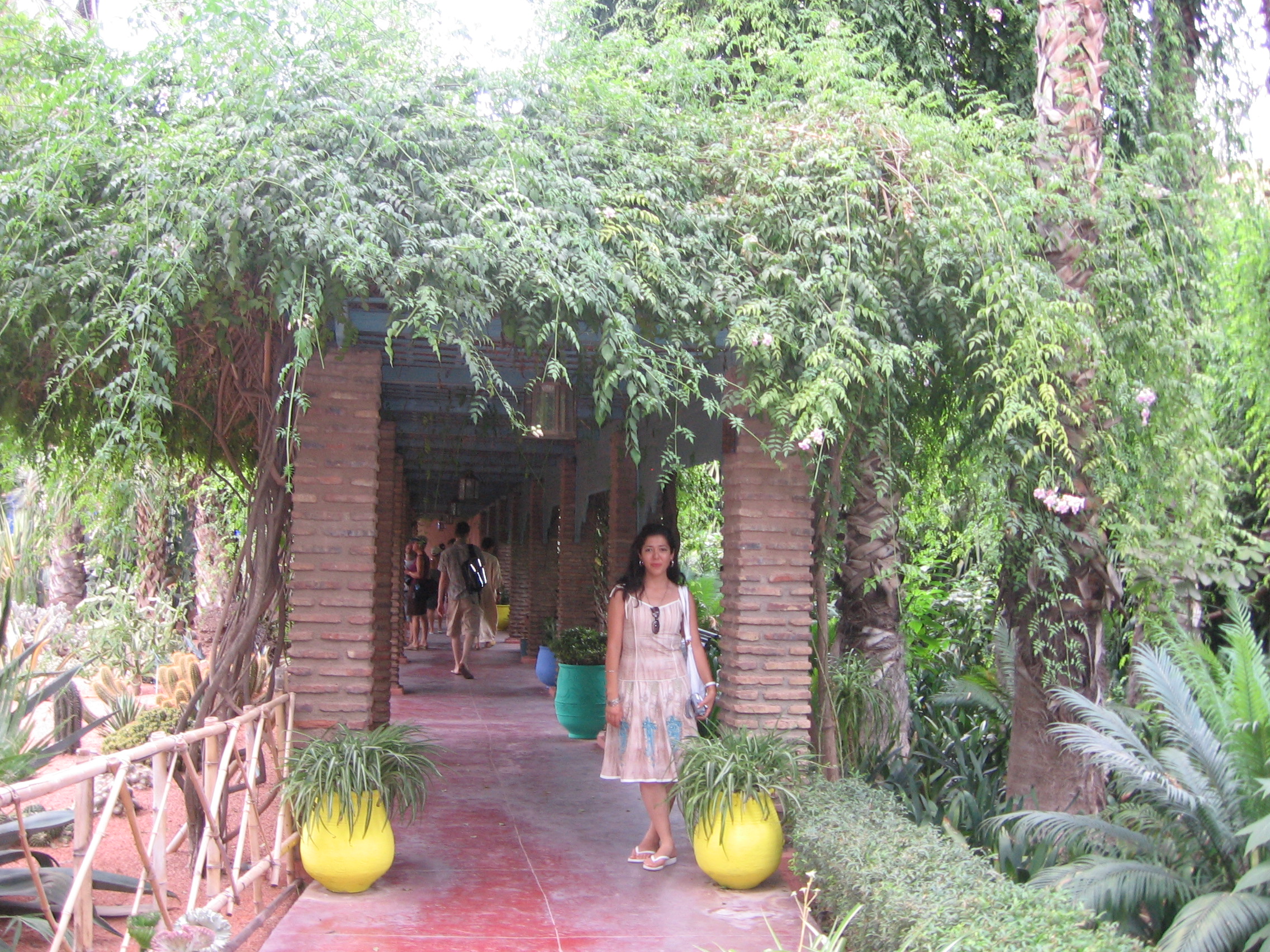 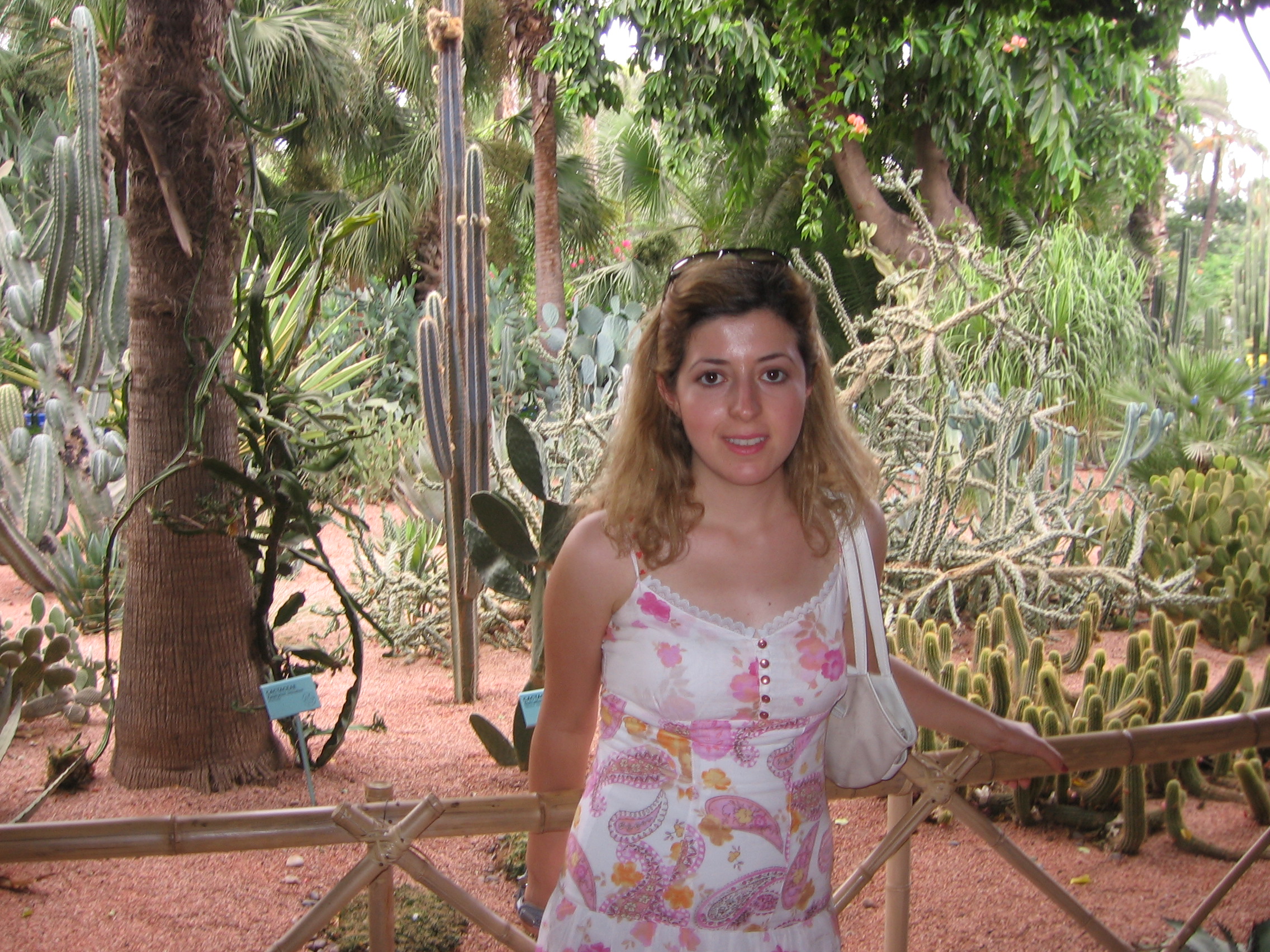 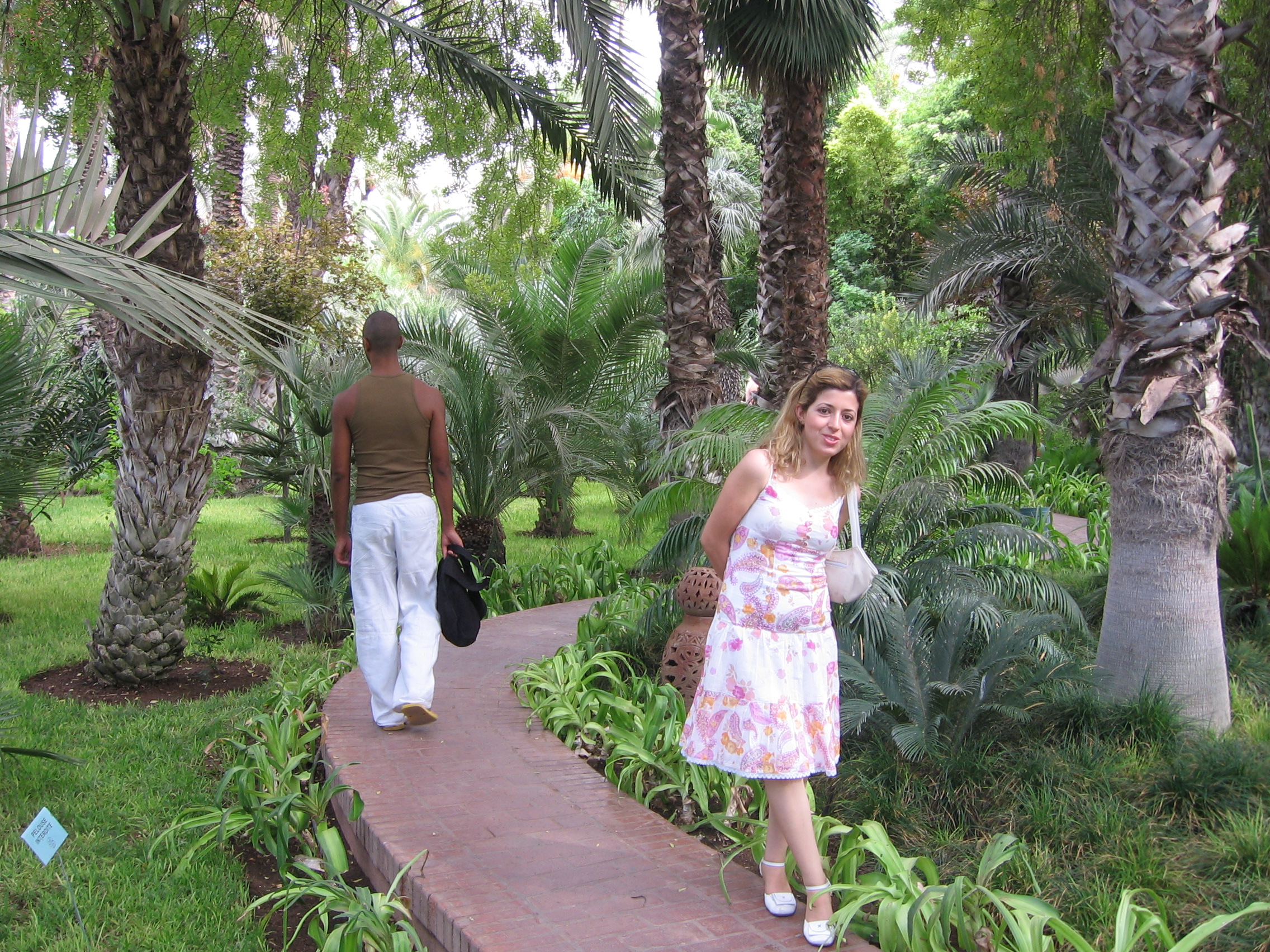 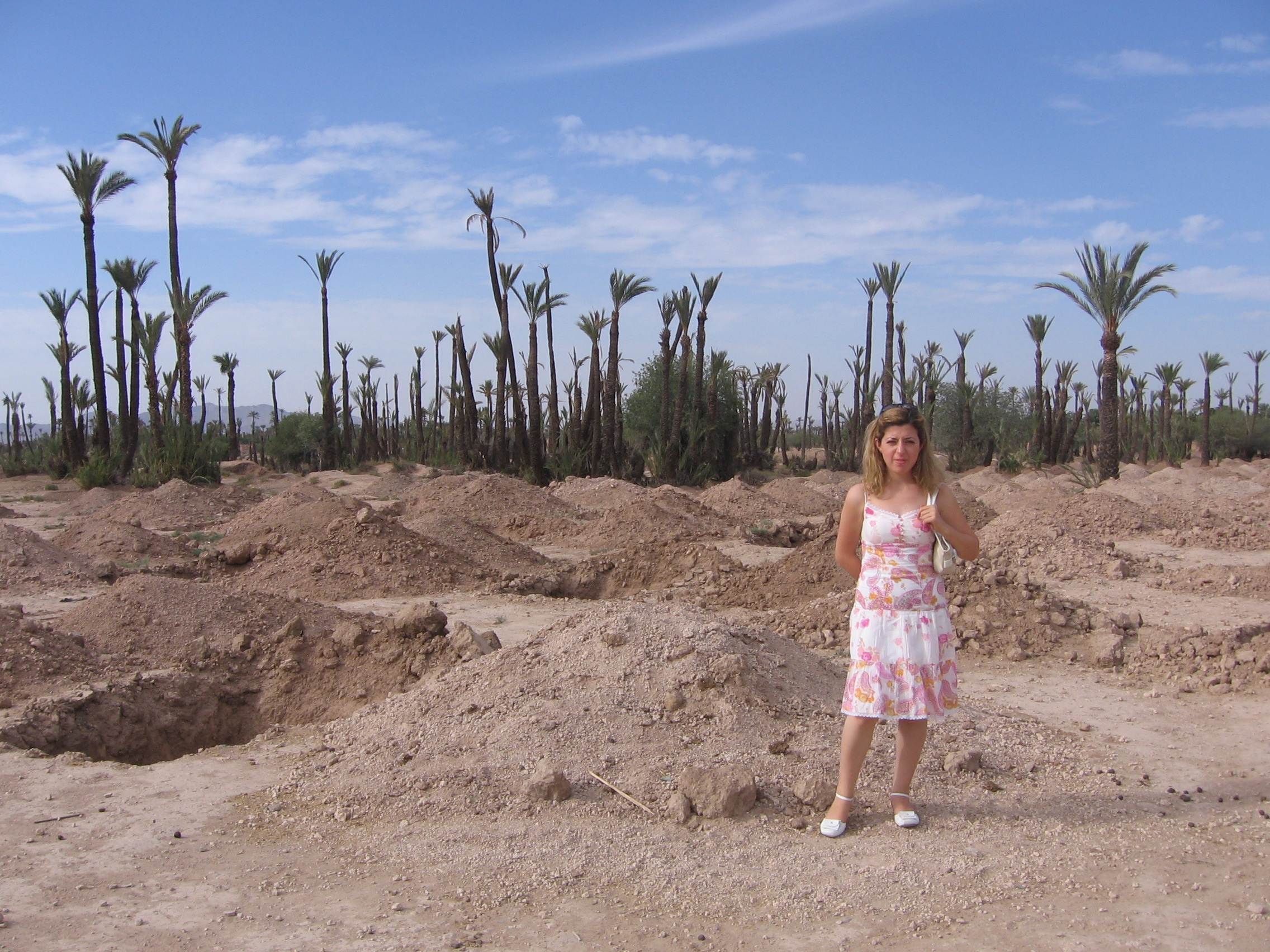 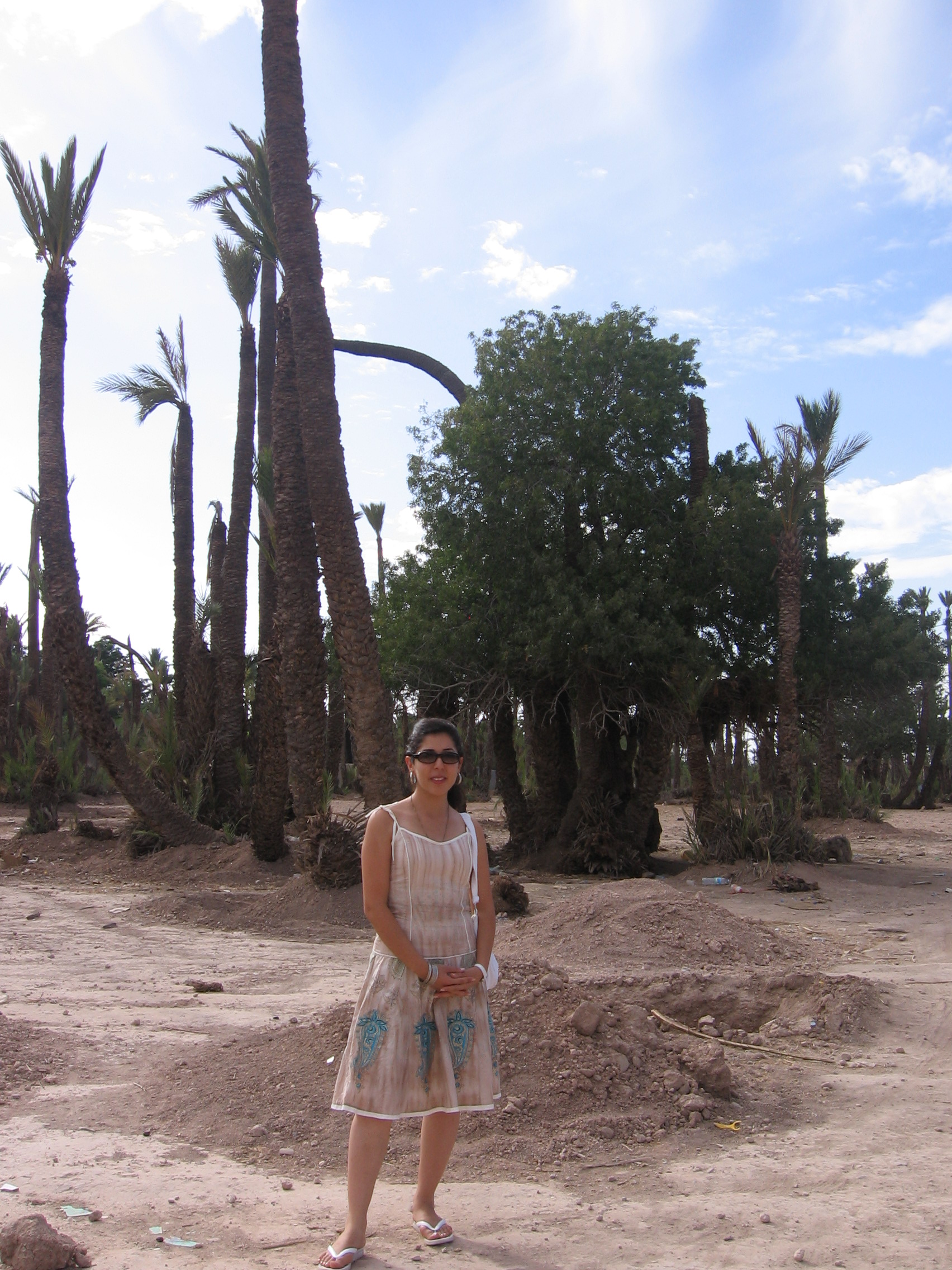