It’s the 25th February, 2015. We are at Rafik Hariri International Airport. Although it is february, the weather is very nice in Beirut. A sun shine welcomes us.

The population of Beirut, located in coastline of the Mediterranean Gulf, is over 1,5 million. The most cosmopolitian region of Middle East, Beirut has become economic, intellectual and cultural center of Middle East for years.

Following the checking into our hotel, almost immediately we go to Corniche, reminiscent of İzmir Cordon. We see Pigeon Rocks which might be regarded as a symbol of Beirut at the end of Corniche. 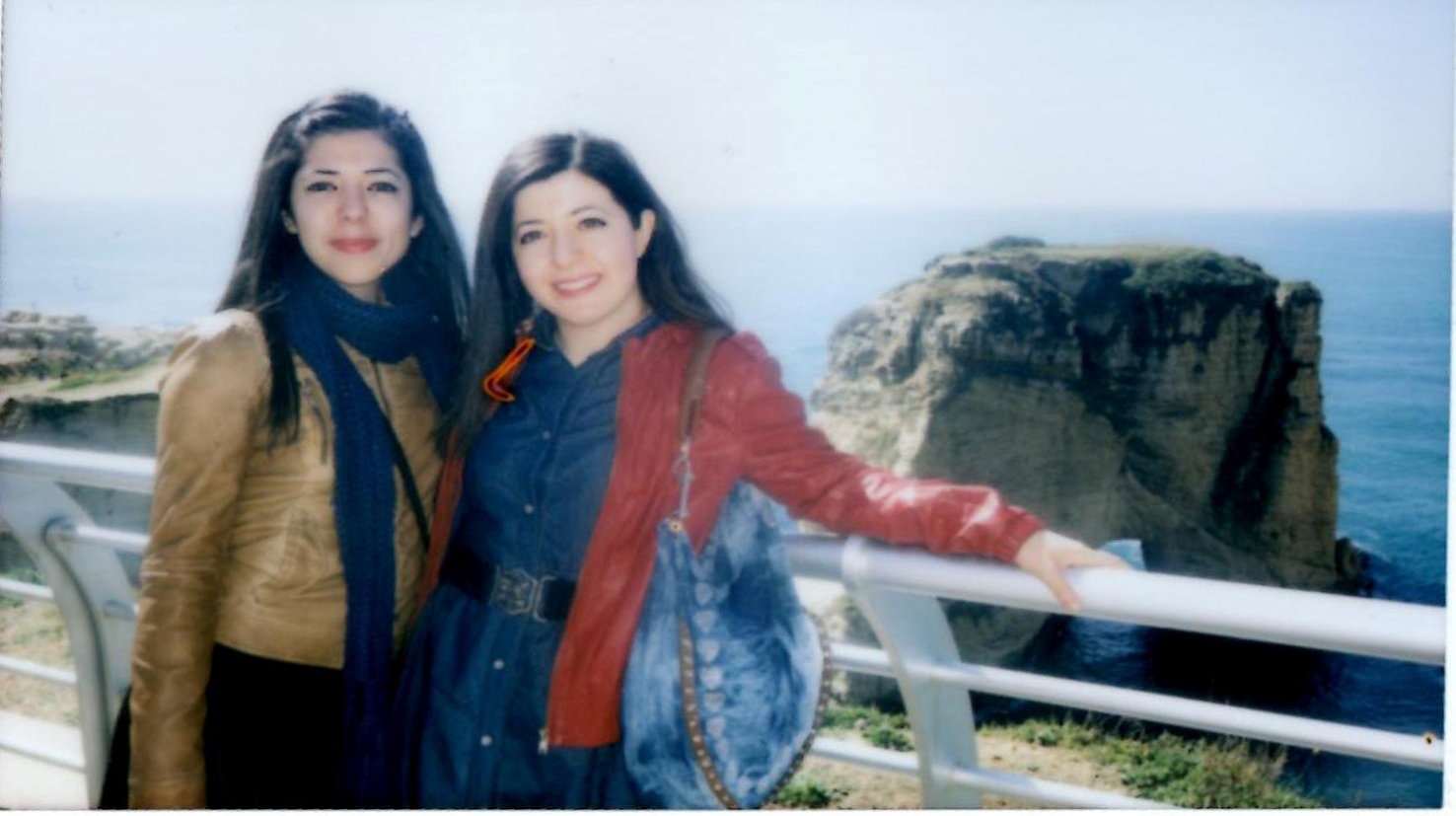 We tour the places surrounding our hotel just after that. Beirut has faced a much harder period because of internal disturbance in 1970, Arab-Israel War and Palestine Liberation Organization’s moving its headquarters there. We see the buildings still having the traces of civil war around here. However lots of luxurious buildings and cars are also quite common.

We go Downtown on foot. Sepia color is dominant in architecture here. After visiting the mall called Souks de Beirut, we go to Mohammad Al-Amin Mosque celebrated for its blue dome. Famous Sultan Ahmad Mosque in İstanbul inspired it architecturally. Greek Orthodox Cathedral of Saint George is neighbour on it. This is one of the unique places that mosque, church and synagogue are located alongside here. We also see statehouse, municipality building and Roman remains during our tour. 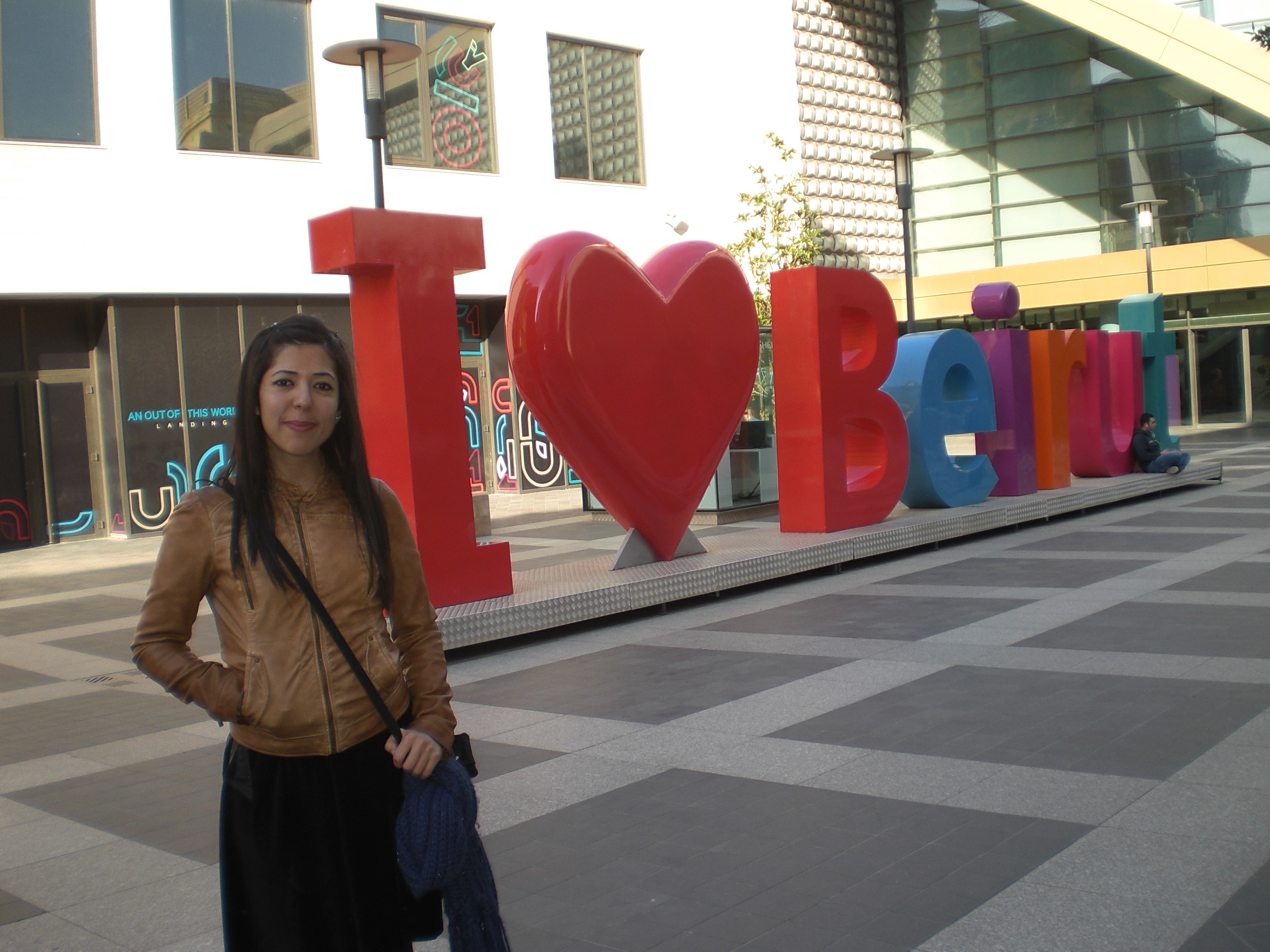 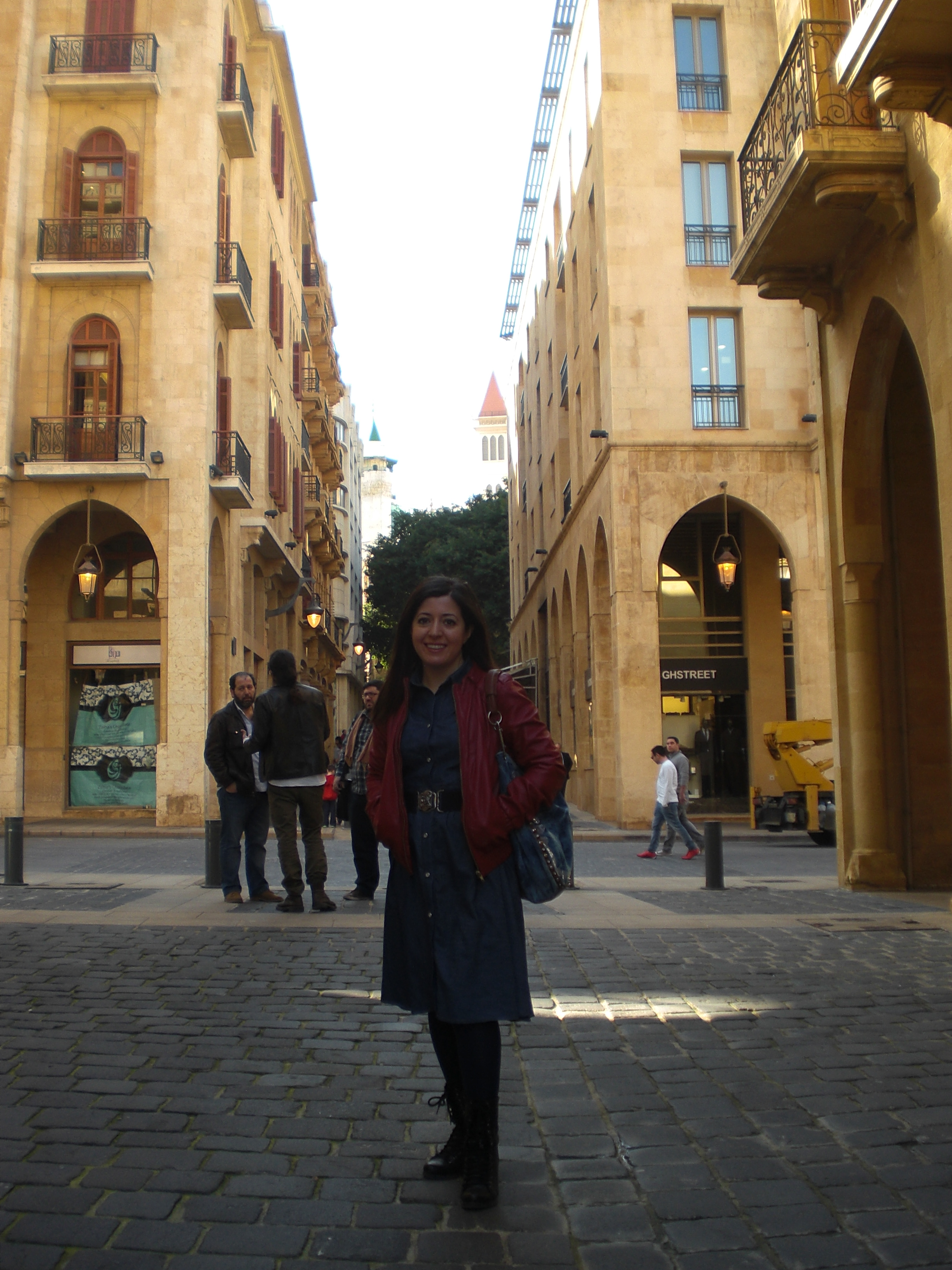 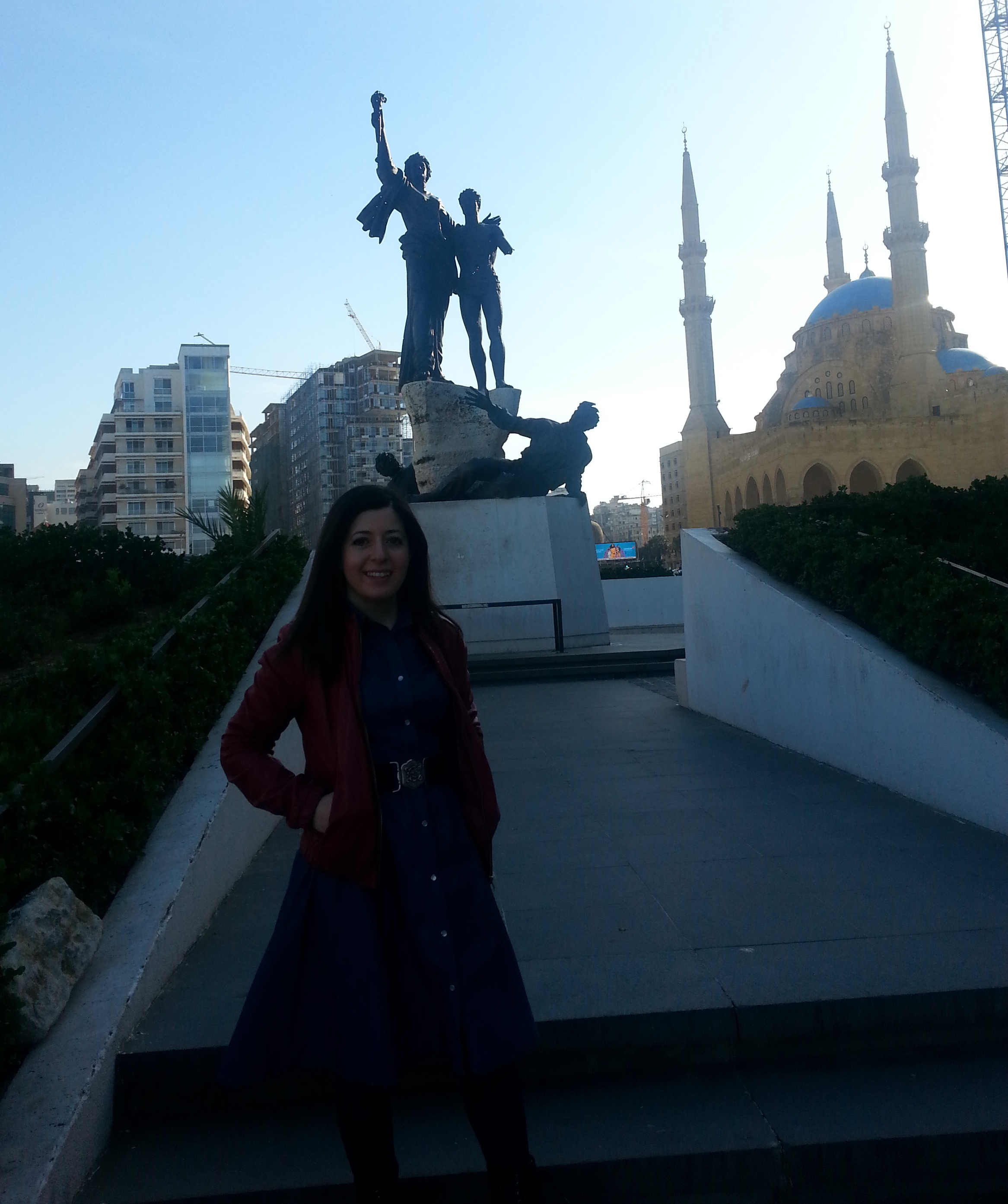 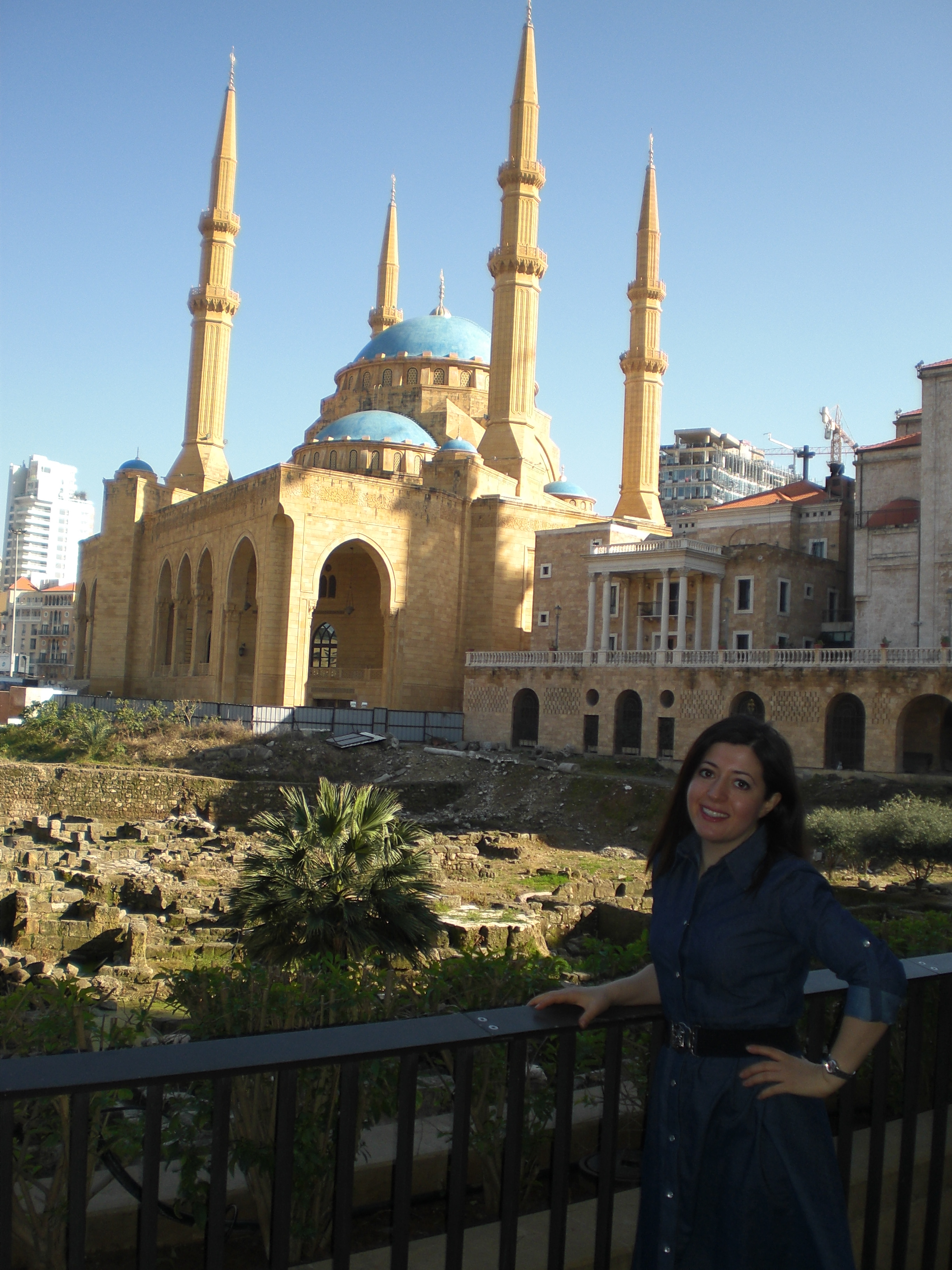 Though there were a balance between Muslims and Christians in Beirut before war, number of Muslims has increased after war. We go to Achrafieh for dinner. This is one of the most luxurious districts of the city. Because the restaurant opens at 8 pm, we wander the ABC mall in the vicinity till then.

The restaurant is very elegant. At the entrance we see an art gallery. Following it, we start to taste local food of Lebanon respectively. We taste “tabbouleh”, a kind of delicious salad made from cracked wheat, “mutabbal”, a kind of eggplant dip and mixed grill. You can also taste “arak”, a kind of Arabic rakı, together with the delicious food. 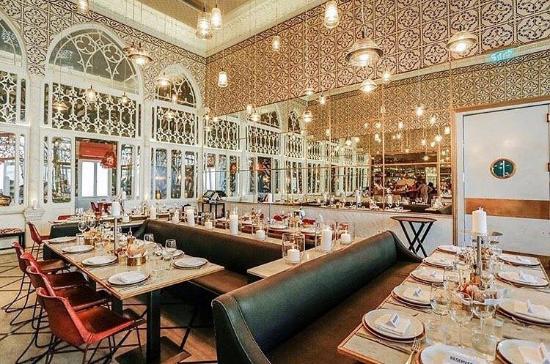 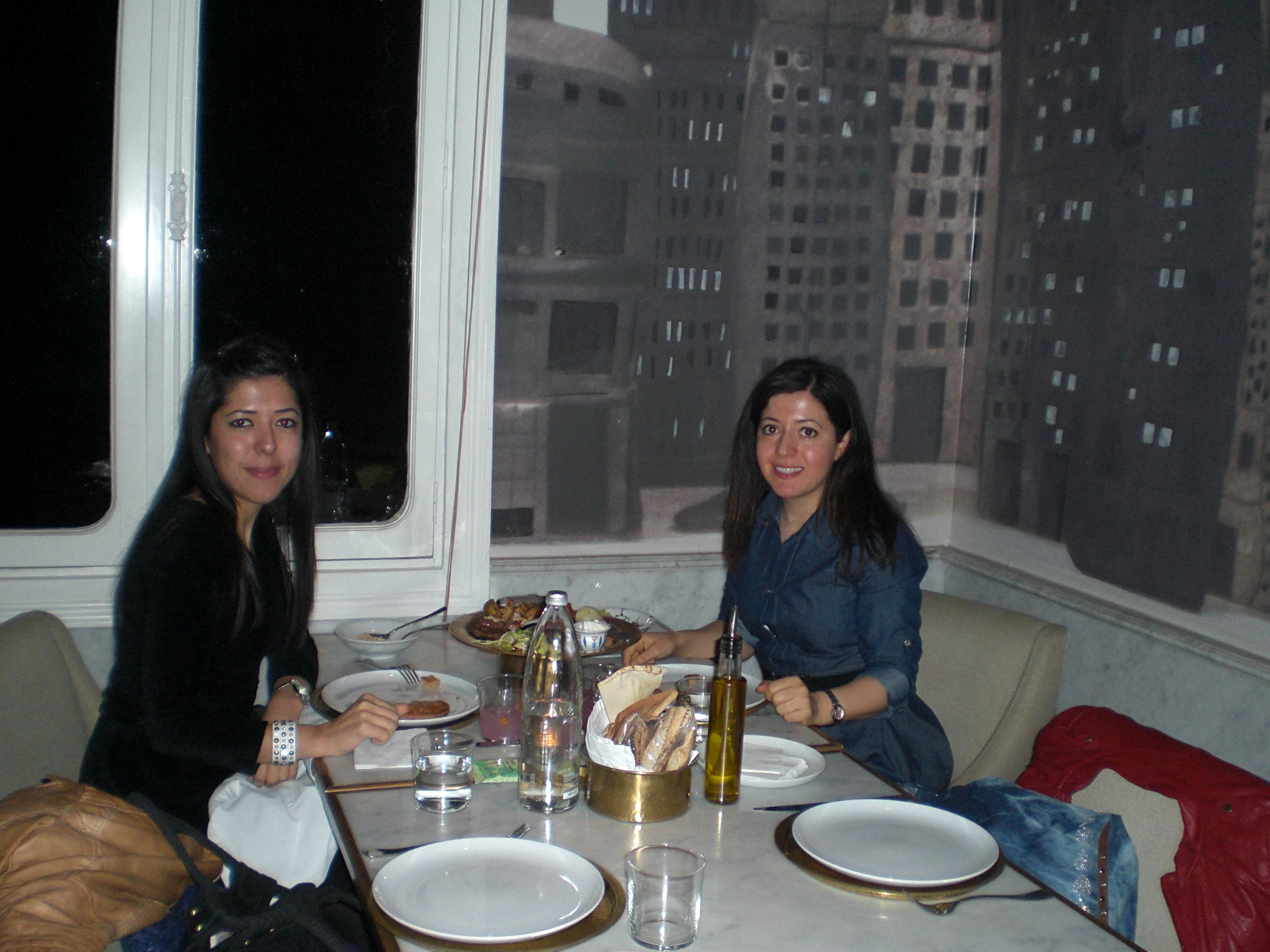 After dinner we go to Al Falamanki. We see a place like traditional coffee houses in villages. Water pipe is smoken a lot here. We taste a kind of local syrup “jellab”, like rose-water, with pine nut and dried grape.

First thing in the next day is going to Harissa. Public transportation is not very common. Therefore, we agree on 60 dollars with a taxi driver. Firstly, we go to Jeita. We pay 21 thousand Lebanon liras (1 dollar = 2900 Lebanon liras) and tour in the cave.

Our driver makes us listen to the song, called Leylim Ley from İbrahim Tatlıses, a famous Turkish singer :) We arrive in Harissa right after this kindship. Harissa is a holy place for Lebanese Christians. Pope visited here in 1997 and 2012 as well. 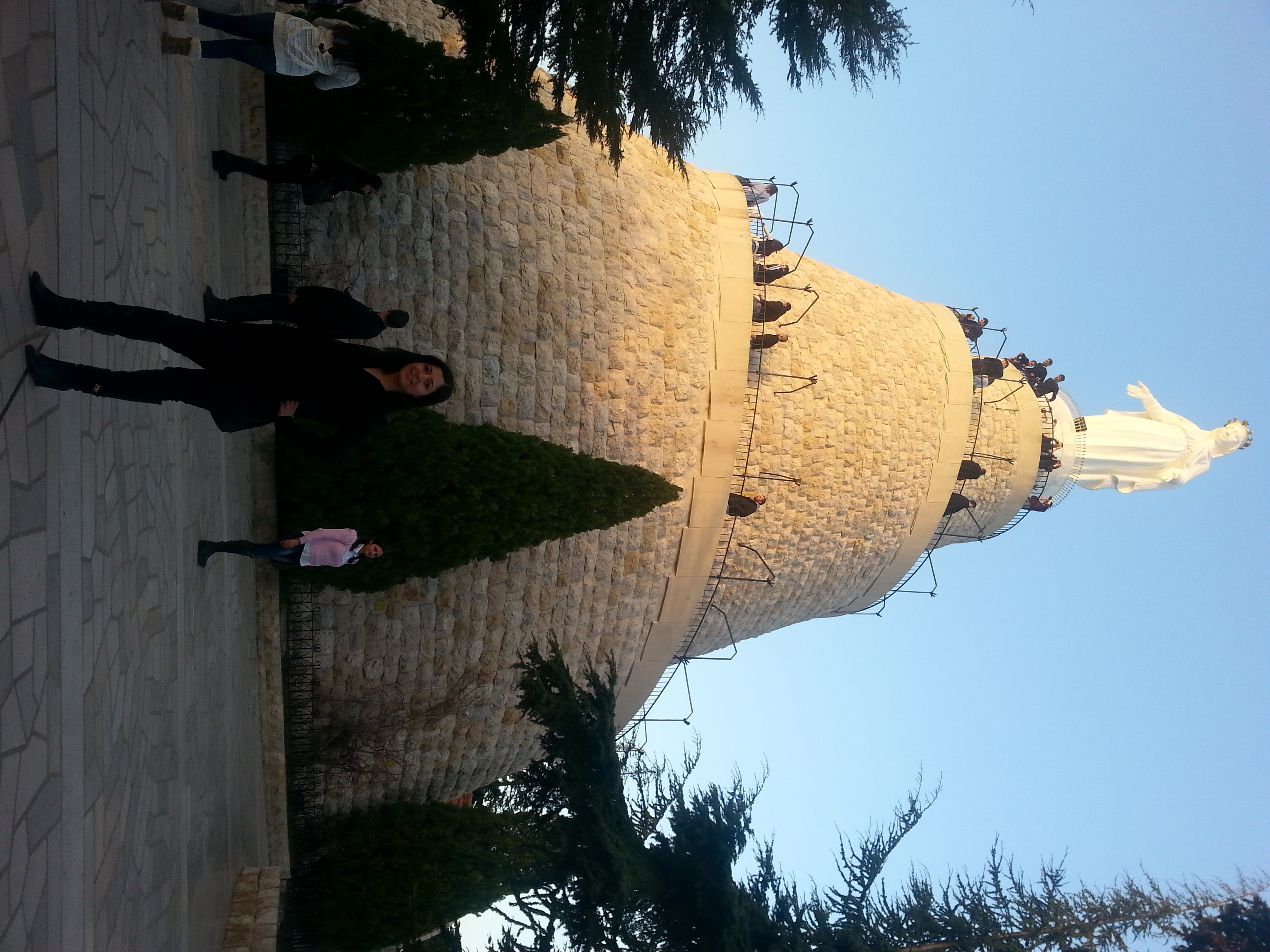 We arrive at the hill, at which Virgin Mary Statue is located, by a cable car. To watch sunset in the cable car is fabulous. On the way back we devour just cooked and hot “manouche” (a kind of flat bread with thyme and cheese) that we take-away due to the lack of time. It is probably one of the most delicious pitas we have ever eaten. 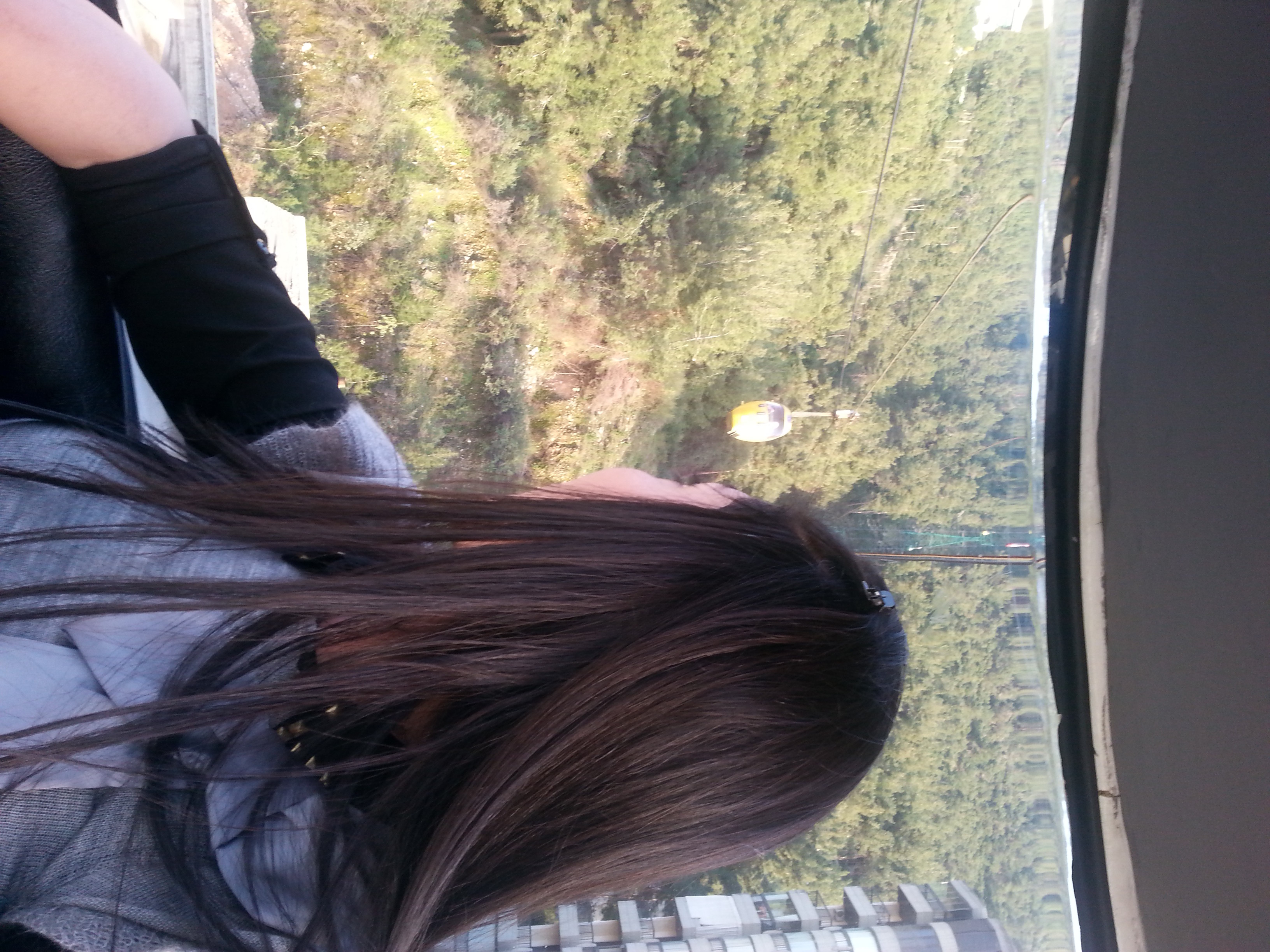 In the evening we go to Hamra. It reminds us İstiklal Street in İstanbul with numerous pubs, restaurants and shopping malls, being alive. We decide to have dinner at Barbar, a restaurant chain. We taste “falafel” (fried chickpea patties), “fattoush” (a kind of salad made from flatbread and purslane), and “sambusak” (stuffed pie filled meat) here. They are all very delicious. Lebanon cuisine is already world famous.

After dinner we go to an entertainment place, called February and have fun accompanied with old hit music.

On the other day, we set off on Bsharri. During travelling our guide Shaban sings a Turkish folk song, called Çanakkale, and also in a tone of voice of Hasan Mutlucan, a Turkish singer... :) He says he learned the song from his grandfather engaged with Dardanelles War.

Bsharri is hometown of Khalil Gibran, a world-famous poet and artist. We see olive trees along the way. We pass through the hills very green. Snow and sun is together. A wonderful landscape accompanies us. 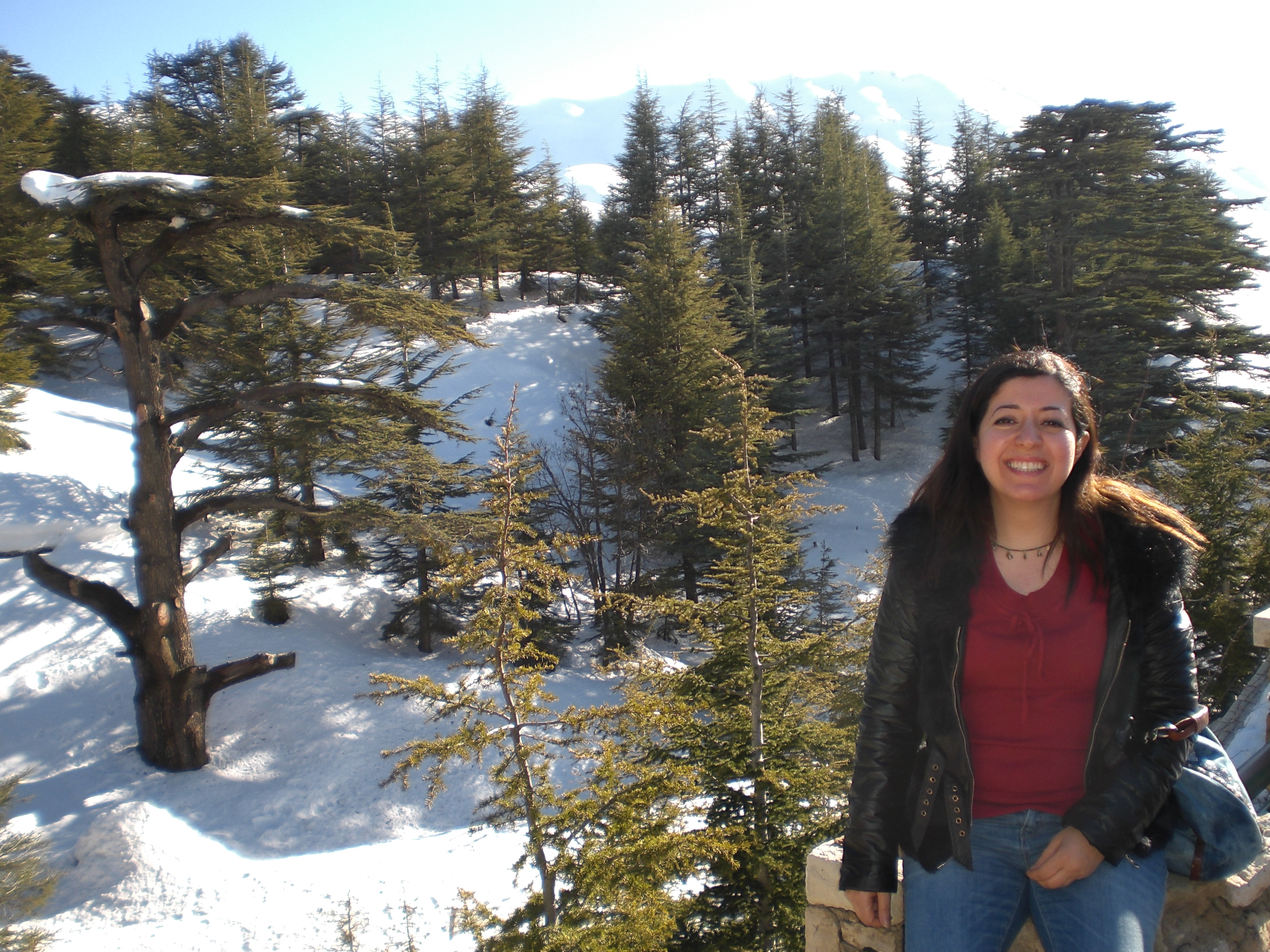 Besides these we learn that Bsharri is the unique place that cedar, also the symbol on Lebanon flag, be put under protection. We have also the opportunity to see a 8-thousand-year cedar here.

We visit a Maronite village in Bsharri. Our guide says that 5 % of population in the village is Muslim and the rest is Christian. 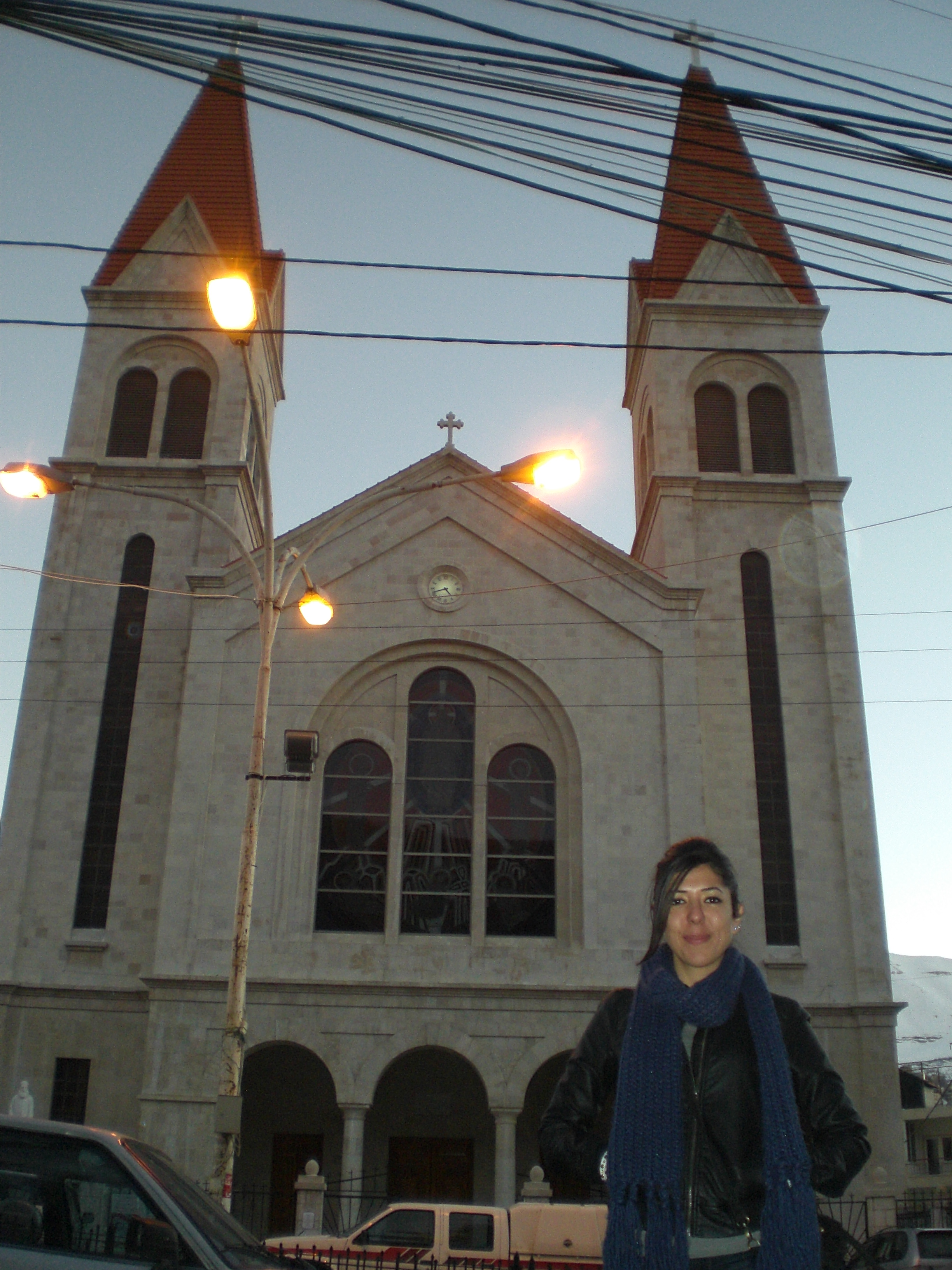 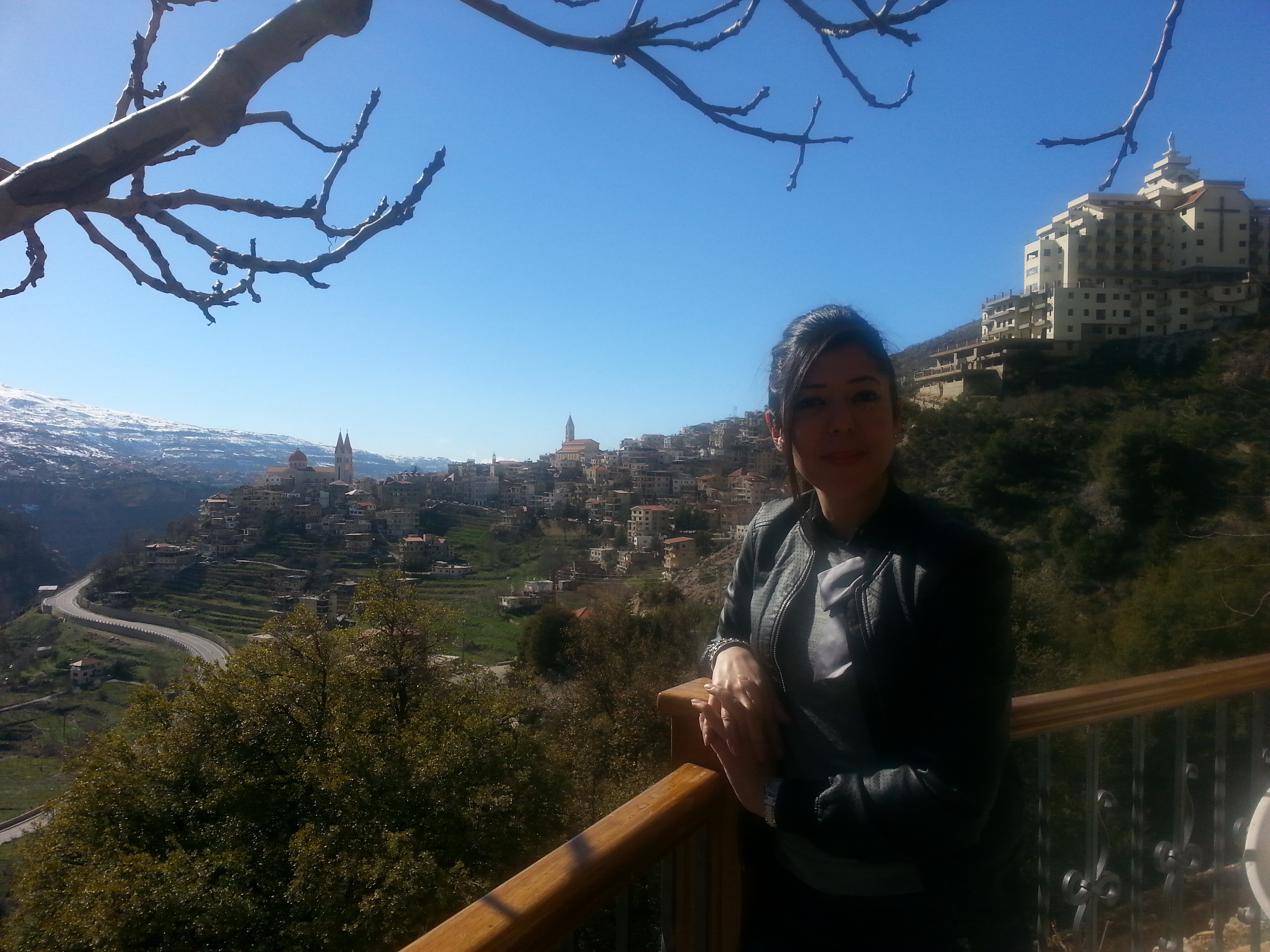 We visit Khalil Gibran’s house restored as a museum. Firstly, we review his paintings and then we go down into basement floor to see his tomb. 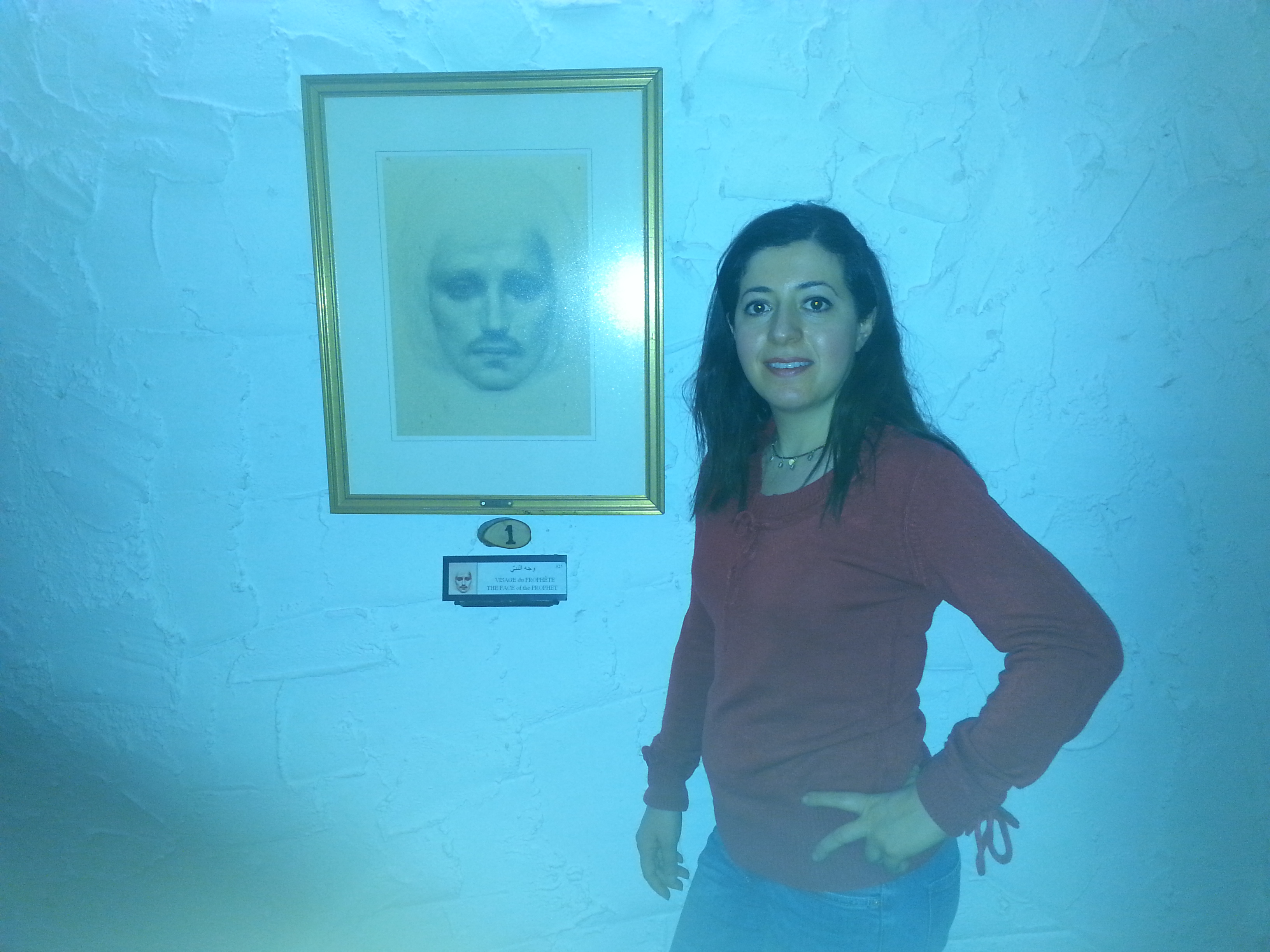 The floor is half-light. We are alone here. First of all, we see a writing: “I’m alive like you. And now, I am standing beside you.” Then, we see a shadow behind us and tingle with fear. And then we continue to read the writing on his tombstone. “Close your eyes and look around. You will see me in front of you...” Meanwhile we see the shadow behind us move. We feel as if soul of Khalil Gibran were watching us!

We have a quick word with some Lebanese girls in the restroom. They understand that we are Turkish. Turkish tv series are very popular here like in almost everywhere. They ask us about Mohammed. We learn that Kıvanç Tatlıtuğ, a famous Turkish actor, is known as Mohammad and loved very much here.

We have a meal at a nice and lovely place at the entry of town and taste unique food of Lebanese cuisine too. During meal our guide tells us his life story. We listen his life story full of adventure with a great attention. We listen his memories with pleasure about his travel from Lebanon to England and while he plays John Lennon’s song as a busker he meets up with John Lennon. 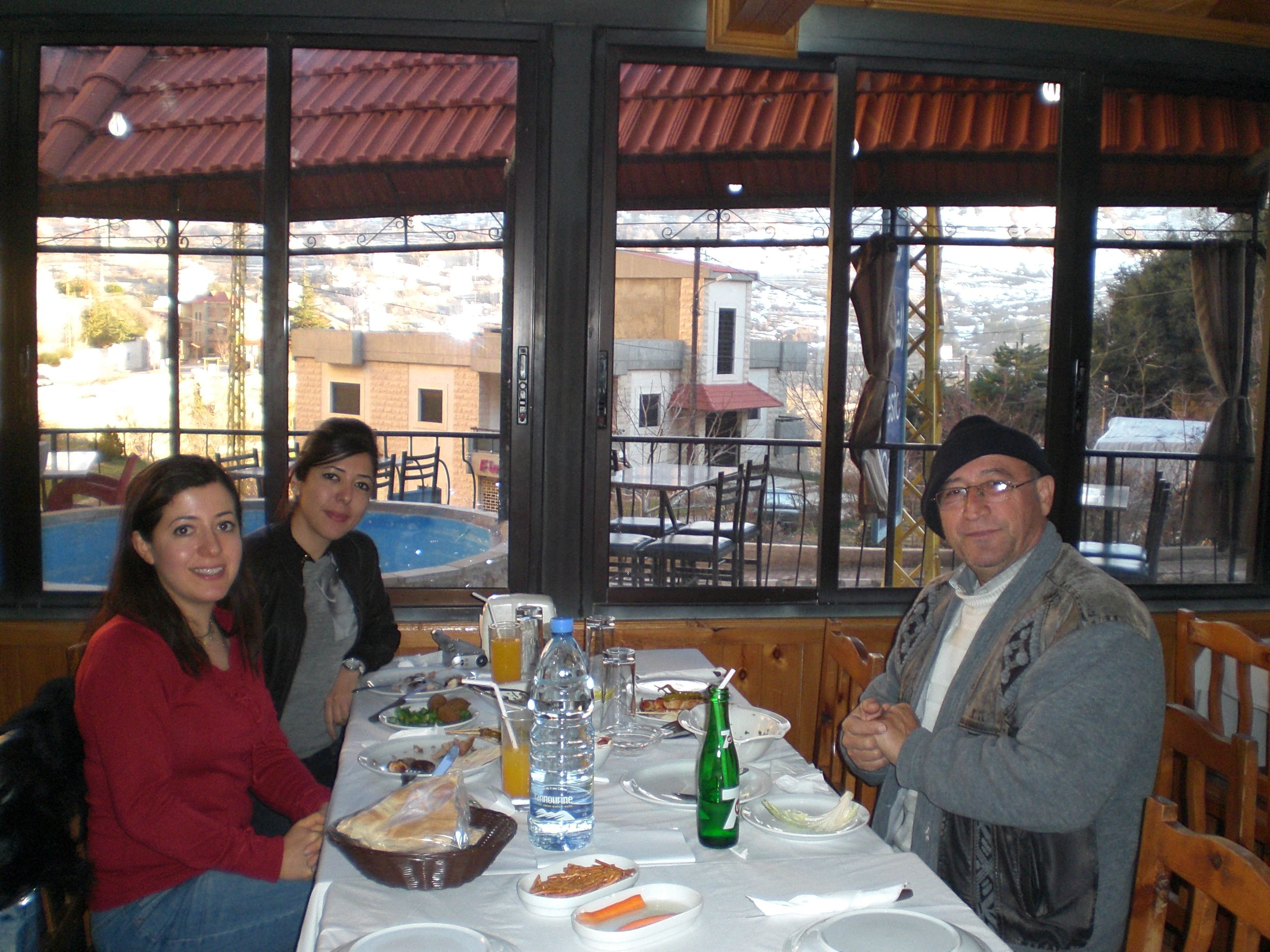 Conversation with our guide Shaban during meal

On the way back our guide asks us if we pray in Turkish or Arabic and tells us the meaning of surah al-fatihah. We reach the end of the road after a nice conversation.

In the evening we go to Cemayzeh. Because we think it is so quiet, we come to Hamra again. We drink a Turkish coffee here. Coffee is foam free unlike one in Turkey. That number of women drivers here is so high also draws our attention.

We say goodbye to Lebanon by Khalil Gibran’s following words:

“My house says to me, "Do not leave me, for here dwells your past." And the road says to me, "Come and follow me, for I am your future." And I say to both my house and the road, "I have no past, nor have I a future. If I stay here, there is a going in my staying; and if I go there is a staying in my going.”